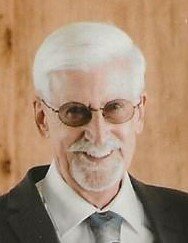 On Friday, July 1, 2022, Francis Louis Bonesho, loving husband, father, grandfather and greatgrandfather, passed away suddenly at the age of 80. Frank was born January 30, 1942 in Eau Claire, Wisconsin to William and Mary Bonesho. Shortly after his birth, the family moved to the small town of Springbrook, Wisconsin where he spent his early years. When he was 12, he and his mother moved back to Eau Claire where he graduated from Memorial High School in 1960. Frank enlisted in the Navy in 1965, serving three tours in Vietnam aboard the USS Long Beach, a nuclear-powered guided missile cruiser. After his discharge in 1972, he returned to Eau Claire where he married Sharon Ross Capelle on August 22, 1973. They raised one son, Vern Capelle. Frank attended the University of Wisconsin-Eau Claire, graduating with a degree in Environmental Safety and Public Health. He was hired as a Food Safety Inspector for the Wisconsin Department of Agriculture, working out of Ellsworth, Wisconsin until his retirement in 2001. After retirement, Frank and Sharon moved to Little Falls, Minnesota where their son Vern Capelle and his family lived. They enjoyed watching their grandchildren grow up, attending many events in which they participated as well as Upsala basketball games (son Vern was the coach for 30 years). Frank enjoyed gardening, golfing and their trips to Texas to golf and socialize with old friends. He especially enjoyed the annual family vacations at “the cabin”. Frank was preceded in death by his parents, William and Mary, his older brother William Jr, and his brother-in-law William DeJung. He is survived by his wife Sharon, son Vern (Jami) Capelle, grandchildren Matthew (Laura) Capelle, Joshua (Ashly) Sherer and Jordan (Colton) Haight, great-grandchildren Sophia and James Sherer and Anders Capelle, sister Janet DeJung, sister-in-law Carole Bonesho, and a niece and three nephews. Frank was cremated and there is no service planned at this time.

Share Your Memory of
Francis
Upload Your Memory View All Memories
Be the first to upload a memory!
Share A Memory
Plant a Tree