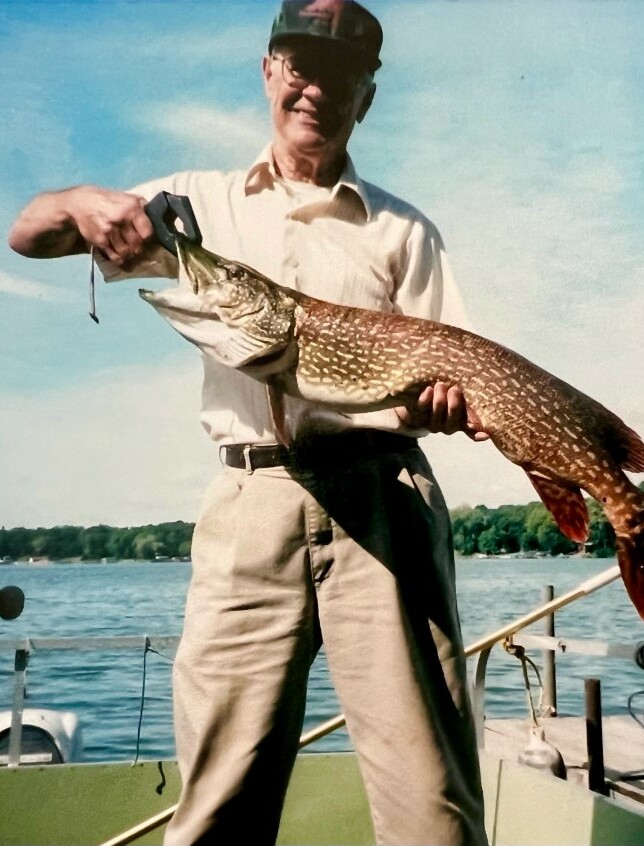 He was born on May 21, 1931 in Soldiers Grove Wisconsin, to Edward and Helen (Halverson) Benson. He was married to Loreda Townsend on June 26th, 1953.

He was an engineer by vocation and worked for Sperry Univac in Eagan for thirty years. He retired in 1986 in Burnsville, then moved to their cabin on Briggs Lake in 1988. He spent the last three years at Timbers in Apple Valley.

Frederick is survived by his wife, Loreda of Apple Valley; 3 sons, Chris (Jody) of New Praque, Jerry (Laurie) of Lakeville and Steven of Burnsville; 2 grandsons, Dan of New Praque and Zaccheus of Burnsville; 3 granddaughters, Julee (Jeremy) of Prior Lake, and Haylee (Justin) of Great Falls and Evangeline of Burnsville.

He was preceded in death by his parents, and 1 brother, Larry.

A Memorial Tree was planted for Frederick
We are deeply sorry for your loss ~ the staff at Cremation Society Of Minnesota | St. Paul
Join in honoring their life - plant a memorial tree

Share Your Memory of
Frederick
Upload Your Memory View All Memories
Be the first to upload a memory!
Share A Memory
Plant a Tree