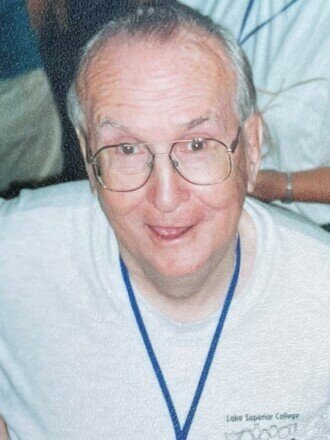 Raymond Edward Naddy, 94, a local artist from Duluth, Minnesota, passed away peacefully surrounded by loved ones on June 13th. Ray was born in Duluth, MN, on April 8th, 1928. Ray’s speech impediment heavily influenced his passion for arts and writing. Throughout adolescence Ray worked on his speech impediment, with the support of his mother. Art and writing were common themes in Ray’s life, specializing in several niches of art including oil painting, ceramics, sculpture, and watercolor, where he fine-tuned his skills in China. Though Ray was a skillful artist he has always considered himself a poet at heart. Ray joined the Marine Reserves in 1948 and was honorably discharged in 1952. The Marine Reserves inspired Ray’s career in land management. In the duration of his career, he spent time here and in Alaska, where he worked on the development of Togass National Park. Nature, art, and poetry were constants in Ray’s life, though he was influenced by art and nature, we are left influenced by his art and writings.

Ray is preceded in death by his parents Edward and Anna, five brothers, a daughter, and wife Rosalie. Ray is survived by his companion Patsy Liljeblad, his son Michael Naddy, and good friend Carol Mahla. Ray was not just an artist, he was a husband, poet, veteran, and friend.

Ray’s celebration of life will be held June 28thstarting at 2pm at the Cremation Society of Minnesota, 4100 Grand Ave, Duluth.