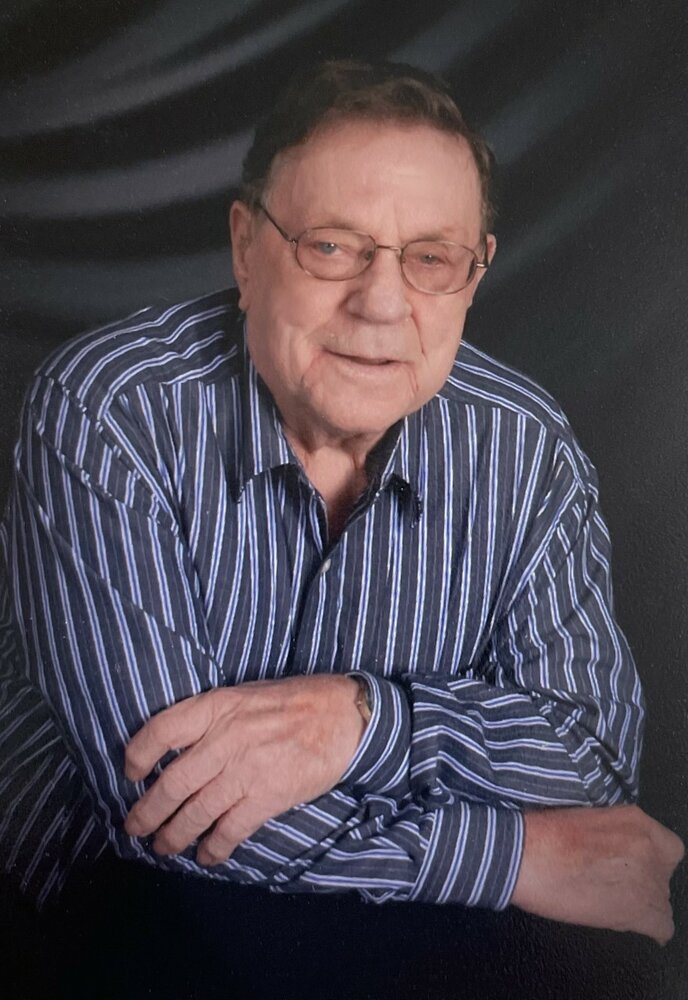 Milan ‘Midge’ Broughton, age 92 peacefully passed away on Saturday, June 18, 2022. Midge was born on November 25, 1929, in Waseca MN to Sever and Minnie (Jameson) Broughton. He married the love of his life Noreen Maria Lynch of Waseca MN on August 28, 1954, at St. Anne’s Church in San Francisco CA. Together they raised their family in North Mankato MN before moving to Bloomington MN. Midge and Noreen were members of St. Richard’s Catholic Church, Richfield MN.

Midge attended Waseca public schools until entering the United States Army. PFC Milan W. Broughton was inducted in March 1951, served active duty until 1953 in the Korean Campaign, and was honorably discharged in February 1957. He was the recipient of the Korean Service Medal and the United Nations Service Medal. He was a life member of The American Legion and the Veterans of Foreign Wars (VFW).

A service will be held on Saturday, July 23, at 2 pm, Cremation Society of Minnesota, 7110 France Ave S, Edina MN with a reception to follow at Everett McClay VFW Post 1296, 311 W 84th St, Bloomington MN. A military burial will take place on a later date at Fort Snelling National Cemetery.

“I have fought a good fight, I have finished my course, I have kept the faith.” 2 Timothy 4:7

Share Your Memory of
Milan
Upload Your Memory View All Memories
Be the first to upload a memory!
Share A Memory
Plant a Tree