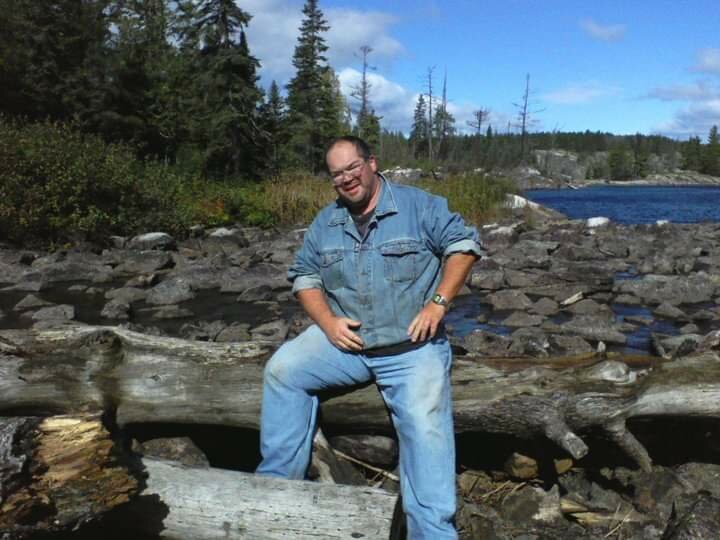 Scott Hanna (Scotty, Uncle), 55 of Hopkins, MN, formerly from Minnetonka, MN, passed away Saturday, May 28th, 2022 after a heroic battle with renal failure.

Scott was born February 5, 1967, in the middle of a blizzard, to Barbara and Gerald Hanna (Barb and Gerry), in St Louis Park, MN. He loved the outdoors from the moment he took his first breath, spending as much time as possible at the family cabin in Waterville, MN, where he would fish for hours on end, or taking any chance he could to go camping. He also had a lifelong passion for listening to rock and roll music, attending concerts, and whenever possible, supporting his friends' bands.

Scott was an incredibly generous person. He helped organize food, and clothing drives when he was still in elementary school, and Jr High. Volunteering and going on mission trips with Peace Presbyterian Church, where he was made a Deacon Lay Minister almost as soon as he was confirmed.  He held fundraising "Band Bashes" for Caring & Sharing Hands/Mary's Place, to help the Homeless throughout highschool, and his 20s. He definitely knew how to throw a great party. If he heard of someone struggling, he would do whatever he could to help, especially for his family, and friends, but for complete strangers as well. He took great pride in being a problem solver, and enjoyed using those skills to make everyone's life better. He really had a knack for inspiring the best in people.

Scott continued to enjoy the outdoors his entire life, sharing his passion with those he held most dear. He loved the many fishing, and camping trips he took with his family, and closest friends. The motorcycle adventures he shared with his "Technomark Family" were some of his fondest memories. He referred to these times as "Living the Dream". And could go on for hours about the fun he had with so many people he loved, and respected.

Scott was also a diehard Minnesota Vikings fan. He shared this passion with many of his closest friends, and definitely his family. He collected quite the eclectic array of memorabilia over the years. Some might say, he bled purple and gold.

When he got sick, he had to reign in his adventurous ways. He took stock of what was most important to him, and created a list of what made life worth living. He never wanted to be a burden to anyone. He wanted to live independently, not in a "home". He wanted to work right up until the end. And he wasn't going to deny himself foods that he enjoyed eating, if he could help it. But more than anything, he made a point to cherish his family. He was able to fulfill those commitments to himself, right up until the end.

Preceded in death by his parents Barbara and Gerald Hanna, and his beloved cats Ivy, and Emma.

Scott will always be remembered for his incredible sense of humor, giving soul, and amazing brain. He was the best son, brother, father figure, Uncle, and friend anyone could ask for.

We would like to invite everyone to celebrate his life the way he would have wanted. He never wanted his sendoff to be anything short of a party. Please feel free to dress casually, colorfully, in whatever makes you comfortable. I'm sure he wouldn't be upset to find a few Vikings jerseys/shirts there. There will be an opportunity for anyone who would like to, to speak, share stories, read something, whatever.

Memorials can be made out to Bethany Hanna, to help offset costs.

Any questions call or text

Share Your Memory of
Scott
Upload Your Memory View All Memories
Be the first to upload a memory!
Share A Memory
Plant a Tree