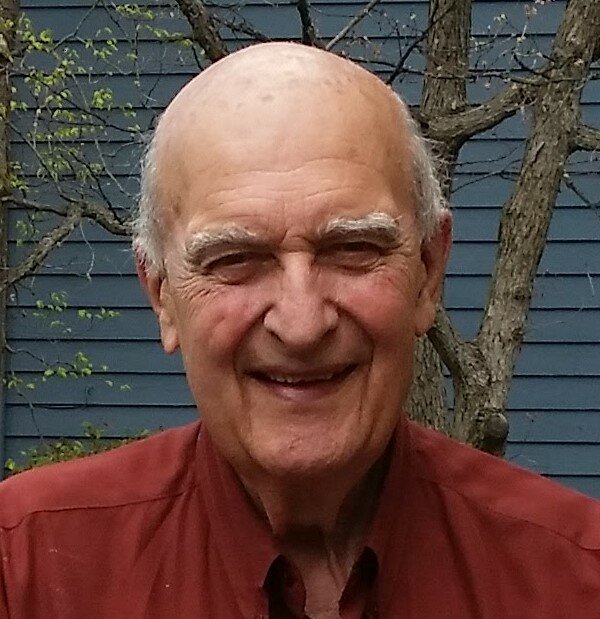 Volk, Robert "Bob" Floyd, age 91, of Plymouth, MN, joined the holy army of God on June 7, 2022 at North Memorial Hospital in Robbinsdale. Over the past months, Bob endured several infections and a stroke, the latter necessitating a feeding tube, whose complications resulted in his death. Everyone’s favorite patient, Bob never failed to share a joke and appreciate all the health-care providers who comforted him. Join his memorial service at 1:00 p.m. Saturday, June 25 at Peace Presbyterian Church, 7624 Cedar Lake Rd, St. Louis Park. Please send memorials to Peace Presbyterian Church.

Bob was born February 1, 1931 to Albert & Della (Buelow) Volk in Mankato, MN. After serving as class president, he graduated Mankato High in 1949. He enlisted with the Air Force right out of High School and got accepted as first trumpet in the swing band, sending off thousands of troops to Korea. On November 3, 1951 in Mankato he wed his high-school sweetheart, Ardy Denison, his wife of 65 years until her in death in 2016. Bob began his 57-year career in pharmacy in 1953, and graduated from the University of Minnesota school of pharmacy in 1957. He co-owned and operated Westwood Drug, St. Louis Park, MN, from 1963 to 1979. During the 1980s, he brokered many Minnesota drug store deals in an age when independent operators still existed beside large chains. In 1992, he purchased his own listing, East Side Pharmacy in St. Paul, MN, which he liquidated in 1998. His extensive pharmaceutical collection now resides at the New Orleans Pharmacy Museum. Not wanting to retire, Bob continued working at several hospital pharmacies until 2010.

Always eager to play trumpet, Bob jazzed with the Shriner’s Flames big band, and many times with his own Dixeland band at Peace Church. He played “Taps” and sometimes “America the Beautiful” for over 7000 funerals at Fort Snelling with the Thursday squad. In fact, his own burial will take place there on Thursday, August 18. Bob was a wonderful public speaker, and enjoyed tennis, skiing, boating, fixing and collecting old cars, and travelling all over the world. He held memberships in the Minnesota Pharmacists Association, VFW #8752 Cottage Grove and the American Legion #435 Richfield.