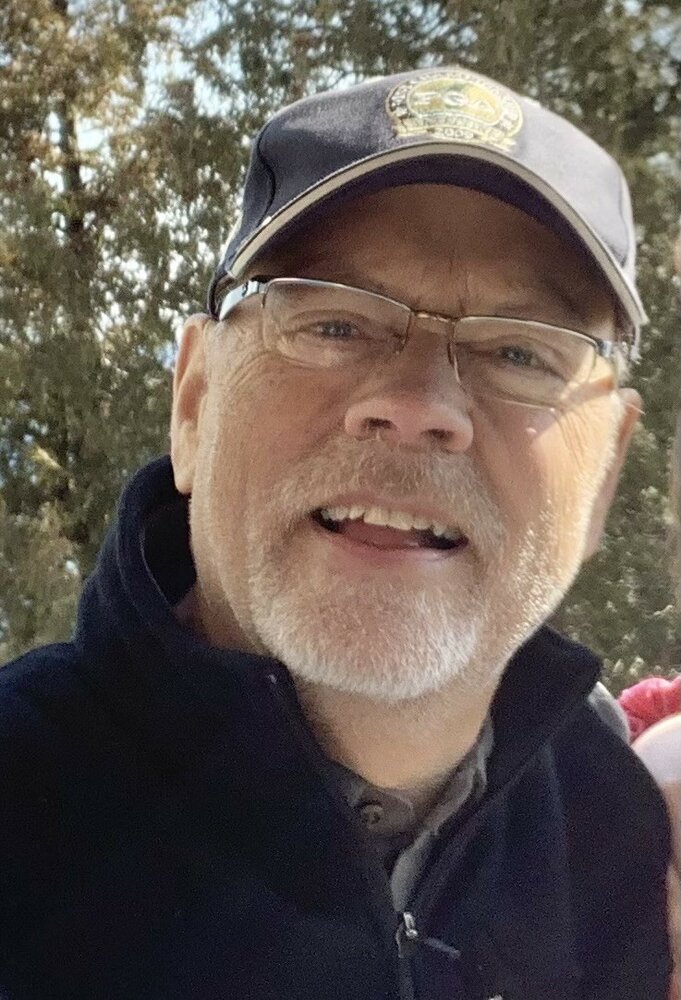 Knut Swee, the eternal optimist, faced his final challenge with grace, persistence, and hope. He passed away on May 3, 2022, at the age of 66, due to complications from his diabetes and bone marrow disease. He will be missed by people from all walks of life, most of all his wife Mary, and children Gunnar and Julia, who were his shining stars.

Knut was born in Breckenridge, MN, and experienced a wonderful childhood with parents he adored and five siblings whom he loved immensely.  He went on to enjoy a successful career as a facilities coordinator at Pillsbury and General Mills, establishing many lasting friendships along the way.  He married Mary in 1999 and together they built a loving home for their two children in Minneapolis, MN.

Knut was a handy man at heart and insisted on carrying his toolbox wherever he went in case there was something to fix or a project to complete.  He never hesitated to help a family member, neighbor, or friend whenever his skills were needed.  He would say that he was “working”, while secretly enjoying every minute of pounding his hammer.

While able to laugh at silly Norwegian jokes, Knut also took much pride in his Norwegian heritage.  Of greatest note, he spoke proudly and often of his father’s service as “Captain Knut Swee” in the US Army’s 99th Infantry Battalion of WWII.  Knut was able to visit Norway in 1997 to explore his heritage, traveling with his Uncle Helge, Aunt Claire, and cousins.  Many funny and endearing stories came from that trip.

Knut had a love of skiing and introduced Mary to the beautiful mountains of Colorado.  He and his family took wonderful ski trips to both Minnesota’s Lutsen and the Colorado mountains.  Gunnar, his favorite ski buddy, grew up spending many joyful and special times riding the chair lift with his dad.

Knut’s happiest times were those spent up north at Otter Tail Lake with the Swees or Bad Medicine Lake with the Schnabels. He never had more joy in his heart, a bigger smile on his face, or a heavier foot on the pedal than when he was driving up north.  It was his ultimate good time to sit on the dock, soak in the sun, swim in the cool lake, and observe the “diamonds on the water” while surrounded by his family whom he loved so dearly.

Knut spent his final days being tenderly cared for at N.C. Little Hospice Home in Edina, MN. He was able to share stories with the staff and proudly talk about his wife and children.  A true Norwegian, he took advantage of their endless supply of ice cream, which the caring and compassionate staff were more than happy to provide! He was visited by friends and family from across the country. Most importantly, he was able to spend many memorable times with Mary, Julia, Gunnar, and his lovable golden doodle Rosi.

Knut believed family to be the most important part of life. He successfully bestowed this gift upon his children. He will be remembered for this, along with his ability to face his health issues with perseverance and a smile.

Knut was preceded in death by his parents, Knut and Corrine. He is remembered with love by his wife Mary Schnabel; children Gunnar and Julia; siblings Erik (Elizabeth), Bruce (Christine), Kent (Diane), Kristi (Tom) Kuder, and Karl (Christine), in addition to a large extended family.

In remembrance of Knut’s life, the family asks that any charitable donations be made to the Park Nicollet Foundation, “Diabetes, Education, Innovation, and Research” program. You may donate directly on the web site, www.healthpartners.com/foundations/park-nicollet, or the family will graciously donate the funds as well. Knut felt a strong connection to Park Nicollet since establishing care there when he was diagnosed with type 1 diabetes at age 14. It was Knut’s hope that someday there would be a cure for this disease.

Share Your Memory of
Knut
Upload Your Memory View All Memories
Be the first to upload a memory!
Share A Memory
Plant a Tree