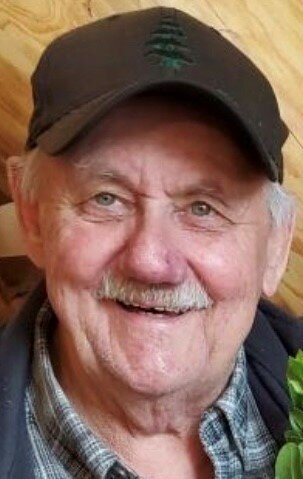 Donald J. Pearson, age 82, of St. Paul, MN, passed away peacefully surrounded by his family on May 11, 2022. He was born March 26, 1940, in Staples, MN. Preceded in death by parents, John Pearson, and Gertrude Kominek; step-parents Venice Pearson and Paul Kominek; brother Lawrence (June) Pearson and sister Marilyn Kominek. Survived by wife, Janet Pearson and children, Elizabeth (Michael) Larson, Jenny Pearson, Swen (Sara) Pearson; grandchildren, Cody Larson, Kallie (Brandon) Tomlyanovich, Corey Larson, Madelyn Pearson, Morgan Pearson; great-grandchild, Brooks Tomlyanovich. He graduated from Staples High School. At Staples Tech he completed his certification as a tool and die machinist. He attended the University of Minnesota for 2 years to pursue his dream of becoming a history teacher. However, he returned to the tool and die industry, where he took great pride in his work as a supervisor and a Class A tool and die maker. After retirement, he liked the many friends he made among staff and patrons at the 5-8 Tavern, where he shared many stories over a beer and playing pull tabs. Some of his best moments were turning his need of hunting and fishing to support his family growing up into one of his greatest passions, which he shared with his family and friends. Some of the best memories he made together with his family was the time he spent with them at the cabin, sitting on the dock until sunset with his fishing pole waiting to catch “the big one.” He enjoyed supporting and watching his children and grandchildren in their various sporting events. He enjoyed BBQing, his ribs were the best, and listening to some of his favorite music from Chuck Berry, Jim Reeves, and the Killer (Jerry Lee Lewis). He will be dearly missed by those who knew and cared for him. Private family memorial service per Don’s request.