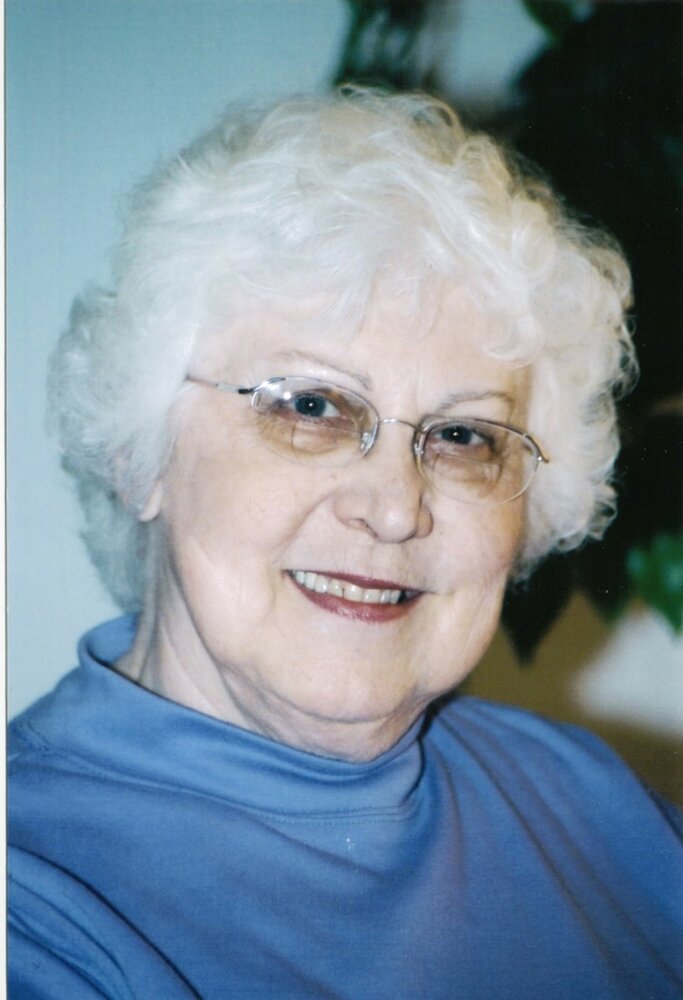 On May 6, 2022, Jane Ellen (Kowalski) Warren passed from her life here on earth into her heavenly home. Jane was 90 years old. Jane was born on May 28, 1931, in Manitowoc, WI to parents Ben and Margaret Kowalski. Jane had an older brother, Bob Kowalski and a younger sister, Sue (Kowalski) Harpt.

Jane grew up Manitowoc. As a student at Lincoln High School, Jane was an avid tennis player, a member of the National Honor Society, a Red Cross volunteer, and more. Jane served as class Treasurer for two years and was a Senior Ace. Jane graduated in 1949. As an adult Jane kept in touch with many of her high school friends and she enjoyed attending her high school reunions.

After high school, Jane lived in Los Angeles, Seattle, Indianapolis, San Diego, Green Bay, and St. Paul, MN. She always brought her cheerful attitude and outgoing personality to every endeavor—in her career and personal life. The pinnacle of Jane’s career was her position as the Executive Assistant to the President of PMI, Inc. in Green Bay, WI. In that role, she used her superior organizational, secretarial, and communication skills to manage multiple special events and projects, she served as recording secretary on several director boards, she worked collaboratively with the Green Bay Area Visitor and Convention Bureau, and for 16 years she coordinated the Packers Hall of Fame Inductee banquet. Jane retired in 1998 after an administrative career that spanned five decades. Jane was a life-long Green Bay Packers fan and she met many Packer players and coaches over her years of living in “Title Town.”

In her personal life, Jane was a devoted daughter to her parents, a loving and supportive mom to her daughters Sue and Kathie, and a doting Grammy. For the first 14 years of her marriage, Jane was a stay-at-home wife and mom. In 1968, Jane’s parents left WI to move in with Jane and her family while Jane re-entered the workforce. Even though she worked full time, Jane continued to sew clothes for Sue and Kathie, entertain family and friends, host dinner and bridge parties, plan family vacations, do crewel embroidery, knit, sew Barbie doll clothes, play Scrabble and Password, and plan many neighborhood block parties. Jane was a consummate hostess and volunteer. She made time to be an active room mother, PTA member, event volunteer, and fundraiser. Jane was thrilled to support her girls in their personal activities which included Girl Scouts, Camp Fire Girls, Rainbow Girls, and the Patrick Henry High School drill team.

Jane moved back to Wisconsin in 1981. She joined St. Anne’s Episcopal Church where she renewed her faith in Jesus Christ. Jane found joy in participating in the Cursillo movement and serving in her church.

She expressed her gifts of compassion by becoming a Stephen’s Minister. Jane shared her passion for music by singing tenor in the St. Anne’s choir as well as in the Dudley Birder Chorale through St. Norbert College. In 1993 Jane and her daughter Sue were thrilled to sing Mozart’s Requiem with the 200 voice Chorale in Carnegie Hall, New York City.

After Jane retired in 1998, she devoted herself to being a full-time caregiver to her mother Margaret. Jane also enjoyed visits with her three grandchildren–Josh, Katie, and Caleb who lived in MN. Other favorite past times included Scrabble, bridge groups, rummy 500, trying new recipes, Hallmark movies, laughing with her sister Sue, and watercolor painting.

After Jane’s daughter Sue passed away in September 2014, Jane moved to St. Paul, MN to be near her other daughter Kathie and family. Jane quickly made new friends, played in a weekly bridge group, and sang in the Marian Singers choir into her late 80’s.

Jane’s memorial service will be held on Friday, May 20, 2022, at St. Anne’s Episcopal Church, 347 Libal St., De Pere, WI. Service at 11:00 am with lunch to follow. Service details available through: cremationsocietyofmn.com.