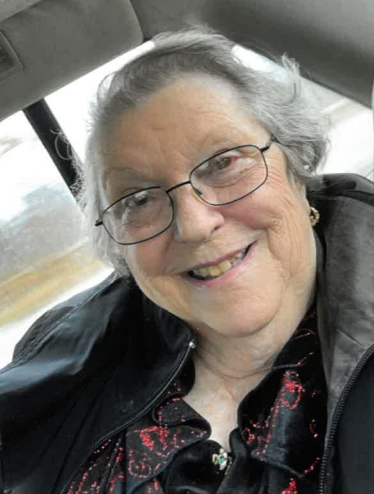 Carol was born in Carroll, Iowa in 1945. Her family moved to South Minneapolis when she was very young. Carol developed friendships there that lasted her lifetime. Carol met and fell in love with Gary Lego in 1972.  They were married in 1973.  Carol worked professionally as a secretary and later as a Certified Nurses Assistant. In-between, Carol was a professional homemaker and raised four children; Joshua (Melissa; grandchildren Madelyn, Elias, and Amina), Benjamin (Michelle; grandchildren Morgan, Parker, Malayna, Melody), Elizabeth Vlachakis (George), and Jacob (deceased; grandchild McKenzie).

Carol had 8 grandchildren and felt a lot of joy spending time with them. She marveled at all their accomplishments and was very proud of them all. Carol's love was unconditional for others and she was a beacon of light for many.

Carol had a deep and abiding faith in Jesus Christ. She was an avid reader and enjoyed watching Masterpiece Theater and other serial programs.

Carol is survived by her husband Gary, and her sister Sally, brother Larry (Sally), brother Tom, brother Bob (Debbie), and many nieces and nephews.

May God’s perpetual light shine upon her. Amen.

Carol's Celebration of Life will be held on Sunday May 29th, 2022 at The Cremation Society of Minnesota Edina.  Visitation starts at 2 pm, service begins at 2:30 pm.

Share Your Memory of
Carol
Upload Your Memory View All Memories
Be the first to upload a memory!
Share A Memory
Plant a Tree