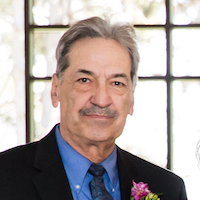 On Saturday, April 23rd, 2022, Robert (Bob) Chester Duda peacefully passed away at the age of 77. Bob was born on February 17th, 1945 in Miami Beach, Florida. He was the eldest of three children born to Chester and Rita Duda. As a young child his family relocated to Minneapolis, Minnesota. Being self-motivated, Bob worked various jobs in order to attend Benilde Catholic High School. He graduated in 1963. Bob worked as a Customer Data Technician at AT&T Telecommunications for 35 years, where he formed many lifelong friendships.

In 1965 he met the love of his life, Judy Ruikkie. They married on October 21, 1967 and celebrated 54 wonderful years together. As a couple Bob and Judy raised their children, Chris, Wendy, and Jenny in Brooklyn Center, Minnesota.

Bob was seen as a great man by many. He was kind, personable, and loving. Bob was family-oriented and enjoyed playing yard games, sharing stories, and attending his grandchildren’s events. He was an avid sports enthusiast and spent years coaching baseball and football. As an assistant baseball coach for The Minnesota Little Gophers, he had the opportunity to travel, including trips to Hawaii, China, and Rome. In retirement, Bob enjoyed golfing and watching a variety of other sports. He tinkered on projects big and small and was a collector of coins, music records, and antiques. Bob also loved watching classic movies and listening to classic rock bands, including The Beatles, Pink Floyd, and The Eagles. Known for his sweet tooth, visitors to his house could always expect fully stocked candy dishes. Bob also took pride in his well-kept yard and was often found putting out food for ducks, which he always referred to as “the guys.”