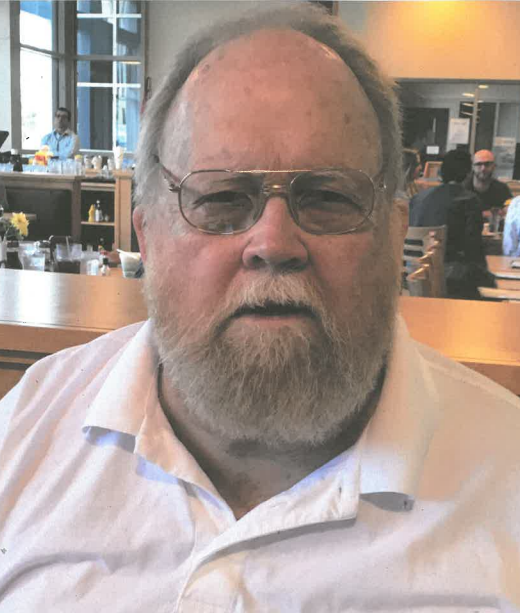 Dayton Wallace, age 77, of St. Paul, died on Sunday, April 24, 2022 at the Veterans Administration Medical Center in Minneapolis. He was surrounded by family, and died of natural causes in comfort and peace.

He was born Nov. 26, 1944 at St. Barnabas Hospital in Minneapolis, the son of Harlan and Mable (McQuay) Myhre. He grew up in Minneapolis and graduated from Roosevelt High School. Upon graduation, he briefly attended the University of Minnesota and St. Cloud University before enlisting in the Army. In 1967 and 1968, he served in the Vietnam War, serving as a personnel specialist.

Dan and his family lived in Cambridge, Minneapolis, Mankato and Waite Park before moving to Little Falls in 1977. In 1991, he and his wife moved to St. Paul, where they lived until his death.

Dan had many passions and hobbies. He was an accomplished guitar player, performing in the band The We Three in high school, and playing for family and friends at gatherings throughout his life. He was an avid collector. He owned several classic cars, including a 1941 Chrysler Royal, as well as bicycles, records, magazines and stamps. He loved movies and television shows, and was considered the resident critic. He was an avid golfer, playing in a golf league at Little Falls Country Club for many years. He was a computer enthusiast, and was among the early adopters of the IBM PC. He loved spending time with his family and friends, particularly his granddaughter.

A memorial service is planned for Friday, May 6, 2022 at 1:00 PM (12:00 PM visitation) at Cremation Society of MN, 1979 Old Hudson Rd, St Paul, MN 55119. Burial is at the Minnesota State Veterans Cemetery in Little Falls. Memorials should be made out to www.doctorswithoutborders.org

The family would like to thank the staff at the VA Medical Center for their tireless service to Dan and the countless veterans they treat.

A Memorial Tree was planted for Danton
We are deeply sorry for your loss ~ the staff at Cremation Society Of Minnesota | St. Paul
Join in honoring their life - plant a memorial tree

Share Your Memory of
Danton
Upload Your Memory View All Memories
Be the first to upload a memory!
Share A Memory
Plant a Tree