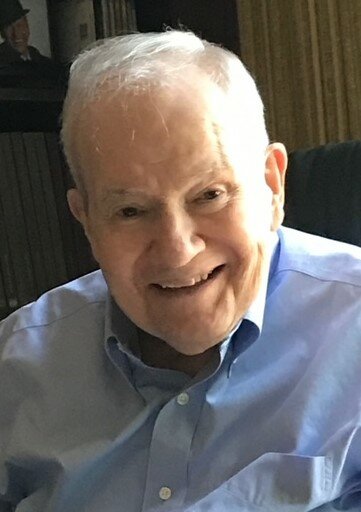 David Scott Benton, aged 95, passed away peacefully on April 21st with his wife of 58 years by his side. Scott was born in Cleveland, Ohio on February 20, 1927. He spent his early years living in Chicago and on the west coast, enlisting in the US Marine Corp in 1945 where he served during World War II and the Korean war. He obtained his B.A. from Yale University in 1949. His career included executive positions in advertising and the securities industry. He performed in many community theater productions in St Paul during his early days in the Twin Cities. In the late 60s he served in Minnesota State Government as the Deputy Commissioner of Economic Development and subsequently Assistant to Governor Levander. In retirement he served as Vice President of the Hennepin County Library Board and President of the Hennepin County Library Foundation. Scott was an avid reader, accumulating an impressive collection of books on American history, 1000 at last count. In addition, he authored three historical novels. He could always be found with a book in hand, reading being tantamount to breathing in his life.

Scott married Lois Ann Shea on December 5, 1964. They moved to Minnetonka in 1972 where they raised their three daughters and lived for 50 years in the same house. During this time they developed lifelong friendships in their community. The 3 pillars of Scott’s life which brought him tremendous joy and satisfaction were his family, friends and his home in Minnetonka. Scott is survived by his wife Lois, daughters Betsy (Bob Nowicki) of Roscoe, IL, Anne (Ed Sverdlin) of Edina, and Carrie (Mike Hamilton) of Summit NJ; grandchildren Ryan and Matthew Nowicki, Bella and Sophia Sverdlin and Thomas, Charlie and Brady Hamilton. A private memorial service will be held at a later date.