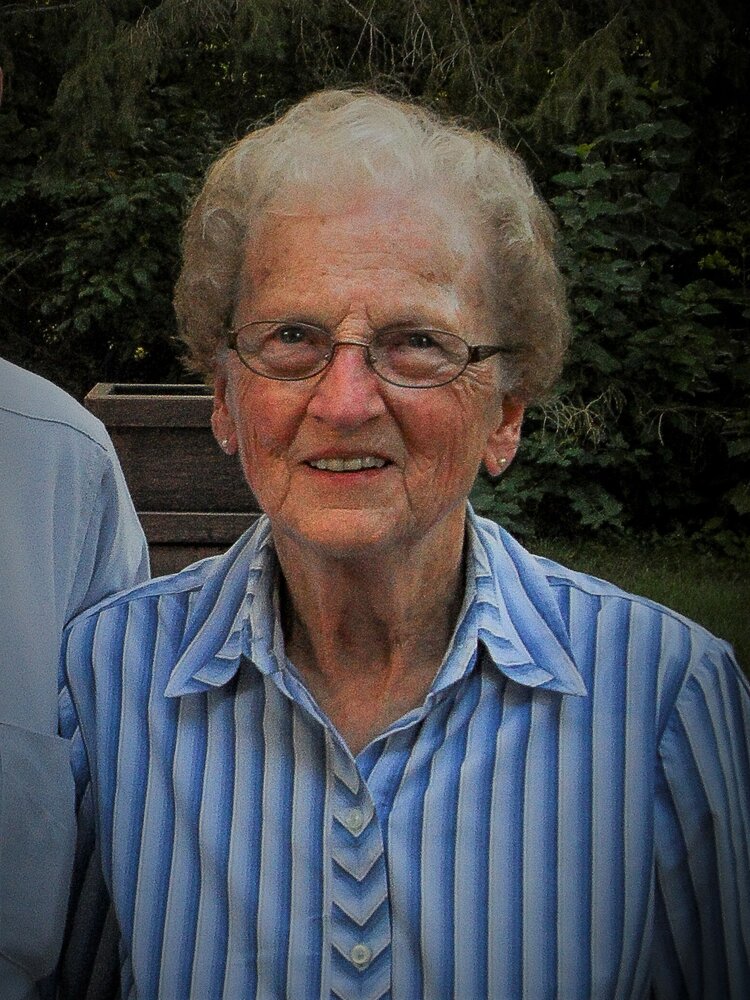 Marian (Mary) Richardson, 92, died peacefully at her home in Richfield, MN on Thursday, April 14. Mary was born in rural Kerkhoven, MN on September 2, 1929 to Walter and Grace Baker, the fifth of their seven children. She was married to Raymond Atchison from 1950 until his untimely death in 1953, two months after the birth of their son Randy. In 1968 she married Donald Richardson and they spent the next 53 years happily and contentedly together until her death.

Mary lived a quiet, generous, and steadfast life. Nothing ever kept her down, and her gentle spirit was evident to all. She raised her son for 15 years in Kerkhoven as a single, working mom until she married Don, who happened to be her boss. Company rules prohibited couples working together, so marrying Don forced her to quit her job. She felt the tradeoff was worth it. Together they built a life of steadiness and purpose, moving to the Twin Cities for Don's work and living in the same home for the past 51 years. Soon after arriving in Richfield, they discovered that Mary's beloved pastor from her church in Benson (Pilgrim Congregational) had moved to a church (Emerson Avenue Congregational) a few minutes from them. Don and Mary loved that church and participated faithfully and joyfully until it shut its doors several years ago. They then began worshipping at Hillcrest United Methodist, where their joy of church has continued.

Spending time with her three grandchildren gave Mary a special delight. Whether it was watching their mad scramble to find the Easter eggs she and Don had hidden, to running through autumn leaf piles in the backyard, or traveling with them and their cats in the camper on a trip to the north shore, Mary's smile was never bigger. The love she showed wasn't loud or showy, but was ever-present and enduring, and over time became a powerful force for good for all who were its target.

Mary is survived by her husband Don, son Randy (Anne), sister Ione, brother James (Sandi), and grandchildren Christine, Eric (Lindsey), and Brittany (Ryan). A celebration of her life will be held on Friday, May 6th at 1:00 pm at Hillcrest United Methodist Church, 9100 Russell Avenue South, Bloomington, MN 55431, with a visitation at the church one hour prior to the service and a light lunch after. Interment will be at Fort Snelling National Cemetery at a later date.

A Memorial Tree was planted for Marian
We are deeply sorry for your loss ~ the staff at Cremation Society Of Minnesota | St. Paul
Join in honoring their life - plant a memorial tree

Share Your Memory of
Marian
Upload Your Memory View All Memories
Be the first to upload a memory!
Share A Memory
Plant a Tree