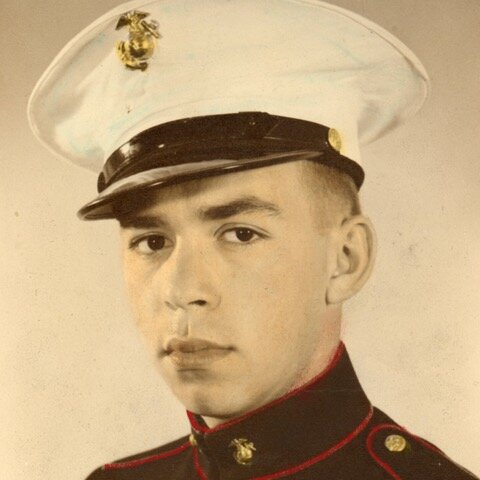 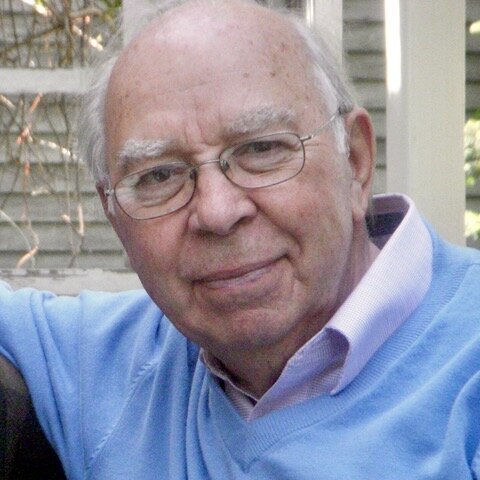 Glenn was born on December 29, 1924 in Mt Palatine, IL the sixth of ten children. In 1943 he entered the US Marine Corps and saw combat in the Pacific and with the occupation army in Nagasaki, Japan during the Second World War. Like many WWII veterans he used the GI bill to attend school after the war opting for art studies in Chicago. It was here that he met his wife, June Schuh from Winona, MN, introducing himself to her when he sat behind her in a class. Thinking that he was putting her on when he told her he was “Glenn Miller” (like the famous band leader of the 1940s), she replied dryly, “And I’m Betty Grable” (referring to one of the GIs favorite pin-up subjects). Nevertheless, he convinced her to marry him (his happiest moment, as he reminded her just weeks before his passing) in 1947 and they both took jobs in an interior design studio in Chicago before moving to Minneapolis and eventually Rochester where they opened their own business in 1951.

Glenn Miller Interiors was a fixture in architecture and design in southeastern Minnesota and beyond for over sixty years receiving awards for both residential and commercial design from the Minnesota chapter of the American Society of Interior Designers. His involvement in the Rochester arts community included a curated exhibit at the Rochester Art Center and lifelong support of the activities of the center. In addition to his professional activities, Glenn was also an active participant in the civic and political life of his community serving on committees to elect Al Quie as U.S. Representative and Minnesota Governor, to plan for the preservation and upkeep of the Governors Mansion in St Paul, to advocate for beautification projects in Rochester’s public spaces, and most recently to plan and build a veterans’ memorial in Rochester, this being one of his proudest achievements as a WWII vet.

He will be remembered by his family as a creative, fun-loving parent, grandparent, and uncle who used his considerable design talents to construct worlds of play out of boxes of all sizes and charm youngsters with games, riddles, rebuses, and infinite projects and outings. He and his wife decided when their children were young to expose them to travel opportunities and planned family road trips every year as the interstate highway system expanded. Later in life they joined their children and grandchildren on overseas explorations including an emotional return to Saipan in the Northern Marianas in 2004 for a D-Day commemoration. Though his children begged him to stop driving many years ago he only gave up his independence at the age of 95 and up until recently was convinced he could get his license reinstated. Dogged, determined, indefatigable - these traits perhaps kept him alive into his 98th year.

A visitation will be held on May 22, 2022 from 11:30-1:15 at Zumbro Lutheran Church in Rochester, Minnesota followed by a short service at the Soldiers Field Veterans Memorial across from the church.”

Burial at Fort Snelling National Cemetery will take place this summer. Memorials can be sent to Alzheimer’s Disease Research

Share Your Memory of
Glenn
Upload Your Memory View All Memories
Be the first to upload a memory!
Share A Memory
Plant a Tree