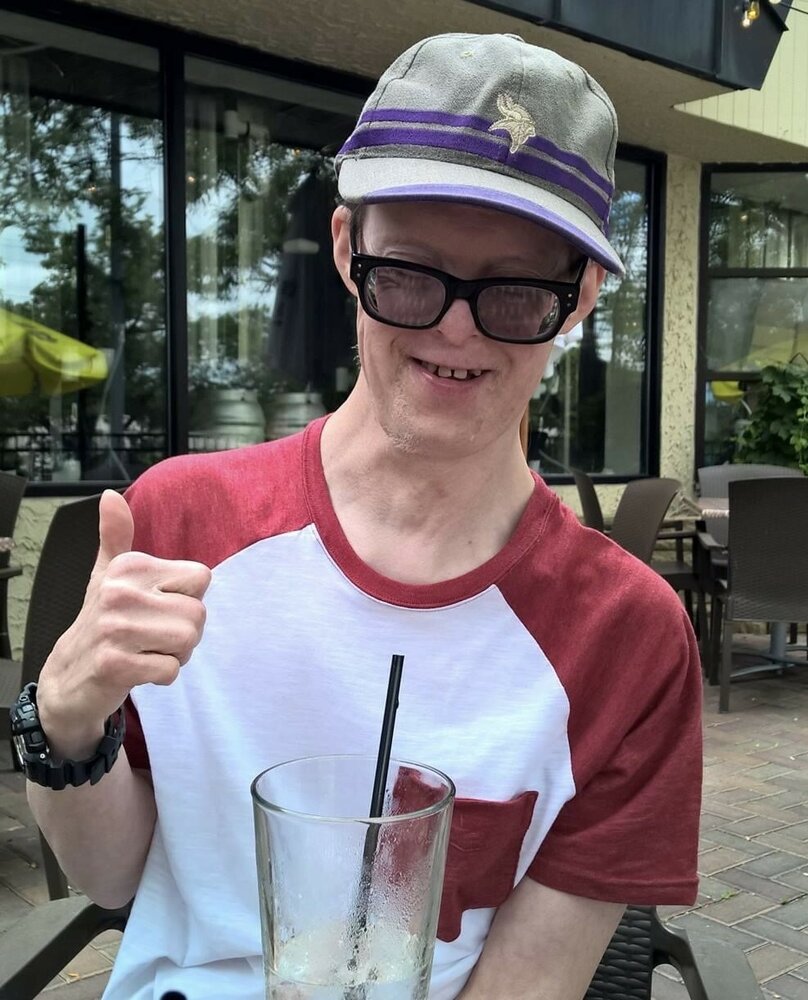 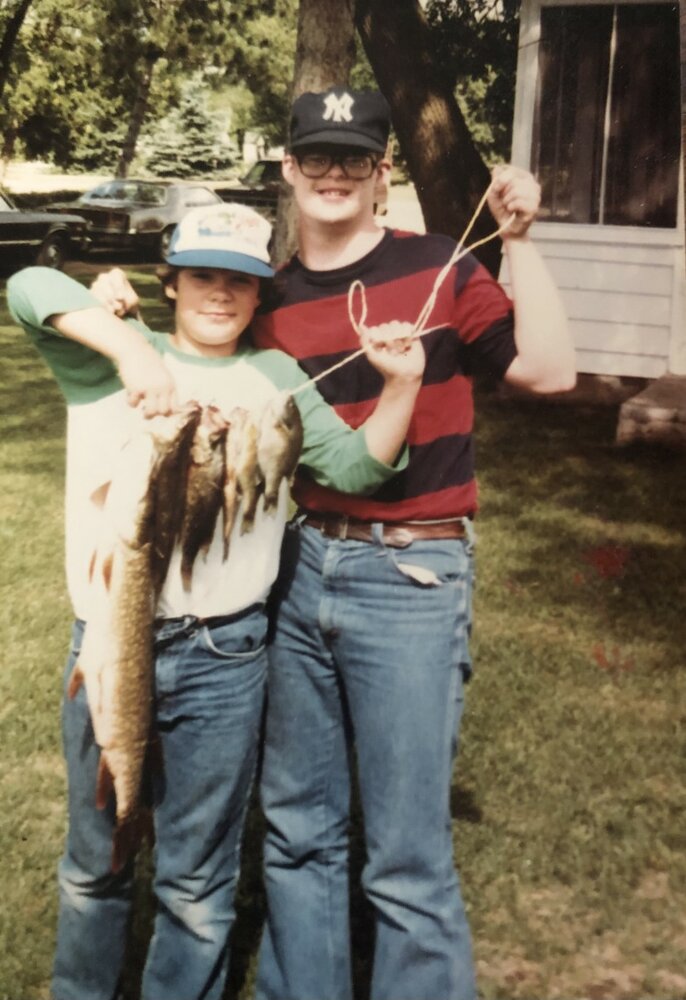 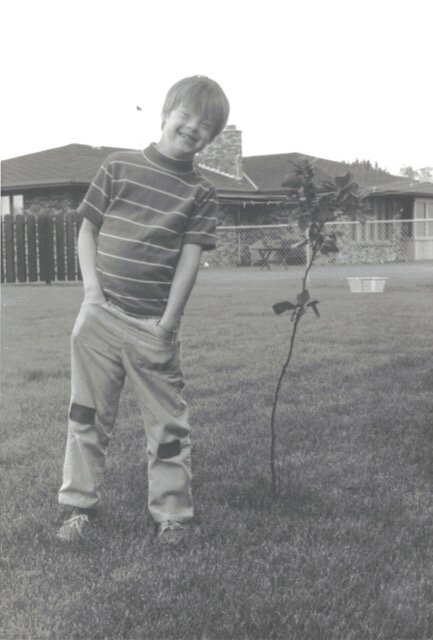 John died peacefully on the morning of Saturday, April 9, in the presence of sister Mary and nephew Damien.

John was born in Fargo, ND on December 16, 1962, to Frank and Marlace Fahrlander, joining siblings Mary, Paul, and Jill. Conventional “wisdom" of the time was that babies with Down syndrome, like John, should be institutionalized “for the good of the family.” Our parents chose otherwise, a decision endorsed by beloved pediatrician Dr. LeBien, who counseled “bring him home and love him like you would any baby.”

And love him we did, perhaps more than we would have loved any other baby! We thrilled at his every accomplishment and encouraged him at every opportunity. Our attention was repaid not only with progress, but with laughter, smiles, hugs, and kisses. John also enjoyed the love and support of extended family.

At the time of John’s birth, there was no guarantee of a free and appropriate public education for children with disabilities. Thanks to Mrs. Bray, who established a school for children with developmental disabilities, John was able to begin attending school when he was three years old. After the passage of the Education for All Handicapped Children Act of 1975 (renamed Individuals with Disabilities Education Act), John attended Fargo Public Schools. He graduated from Woodrow Wilson able to read and write.

Following graduation, John attended the Developmental Work Activity Center (DWAC) in Fargo for more than 20 years. There, he formed lifelong friendships with other participants and staff. John put his dancing skills and penchant for mimicry to good use in DWAC's annual talent shows, giving stellar performances as one of the Blues Brothers, Ricky Martin, Bruce Springsteen, and Tom Cruise (Old Time Rock and Roll, Risky Business).

John loved listening to music, dancing, collecting/watching videos, and bowling. As a young man, he played basketball and soccer, and participated in the Special Olympics. He also liked monitoring and obsessing over inclement weather, often “recalling" the tragic tornado that struck Fargo five years before he was born.

Birthdays were important to John. He maintained a notebook in which he listed the birthdates of everyone he met. John would call his brother, sisters, niece, and nephews on their birthdays to sing happy birthday. As he sang, he would invariably become choked up and cry, apparently overwhelmed with happiness that we had been born.

John was concerned with people's relationships to one another, often saying things like “I’m a good son to my mother” and “You’re a good husband to your wife.” When he assured Jill that she was “a good mother to your son” and she responded, “I try,” John quipped, “Well, try harder,” spawning an oft-repeated family joke. John enjoyed close relationships with his niece and nephews, who at once looked up to and supported him.

Growing up with John as their uncle contributed to their becoming the people they are.

In 2006, John moved with Mom to the Minneapolis area to be closer to Mary and her family. He worked at Opportunity Partners until his retirement in 2016; he then attended Golden Opportunities day program. John lived with Mom and/or Mary until 2010, when he moved to REM Hilltop, a group home, with three housemates. He welcomed the move, enjoying fellowship and outings with his housemates and staff. Having worried from the time John was born about what would happen to him when she died, Mom was happy that he adjusted so well to group home life.

In recent years, John began experiencing cognitive and functional declines attendant dementia, and in March 2021, it was decided that John would be best supported on the memory care unit at Mount Olivet Careview. Despite his decline, John was still John at his core: funny, charming, appreciative, and affectionate. He offered staff hugs, issued his favorite terms of endearment (sweetheart and cupcake), and quickly became a staff favorite.