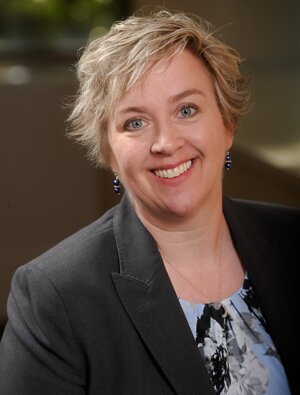 Tina Marie Rovick Falkner, loving wife of 23 years, to Joseph Falkner and daughter of William and Lillian Rovick passed away at home on March 28th, 2022.  Tina was born September 23rd, 1968, in Minneapolis, Minnesota.

Tina was an inspiration to all who knew her, having the most loving heart, which extended to nature, animals, and people, alike.  She exemplified the qualities of kindness, compassion, love, humility, wisdom, and integrity. She was an exceptional partner, loving daughter, loyal family member, nurturing friend, and supportive mentor/leader.

Tina was proud to attend Northwestern University where she was a member of the Alpha Chi Omega Sorority.  Tina made many lifelong friends at Northwestern, who continue to remember their time with Tina fondly.  Tina was honored to be an alumnus of Northwestern, and she considered her experiences there to set the foundation for her later life.

While working two other jobs, Tina received her PhD from the University of Minnesota in Educational Policy and Administration.  While at the University, Tina held several different roles and positions including with the Campus Involvement Center, Office of Undergraduate Education: Academic Support Resources, and as Chair of the Benefits Advisory Committee.  At the time of her passing, she was the Director of Student Finance at the University of Minnesota.  Tina was dedicated to the well-being and advancement of all of those that she had the pleasure to work with and serve as a mentor and leader.

Tina was active in her national organization, the American Association of Collegiate Registrars and Admissions Officers (AACRAO), where she also held several positions including being the President of the organization.  As she did elsewhere, Tina made a number of friends and was highly respected for both her intellectual contributions as well as her compassionate connections to those that she came into contact with.  She traveled the country touching lives and inspiring others with her unique insights and benevolence.

Tina was an avid gardener, and she was a part of the University of Minnesota’s Master Gardener program.  She loved plants and worked hard in both her own garden, as well as the gardens of many friends, family members, acquaintances, and others, to bring nature to everyone.  Tina was co-chair of the annual Master Gardener plant sale for several years.

Tina and Joe were married on August 8, 1998.  They lived in St. Paul, Inver Grove Heights, and for approximately 20 years in Minneapolis.  Tina was Joe’s rock, supporter, and dearest friend.  She motivated and challenged him in so many ways to be a better, more loving, person.  Tina appreciated being a part of the community in which she and Joe lived, and was pleased to live close to her cousins, friends, and parents.

Tina was preceded in death by her grandparents and aunt.

She is survived by husband, Joe; mother, Lilian Rovick; father, Bill Rovick; brother, Mark Rovick, and his family, Aymee, Stephen, and Solveig; cousins, Hondra, Victoria, Ben, and Cris, and their families; and other relatives,  friends, co-workers, and peers (who were as close as family to Tina).

A service is scheduled for 11 am on April 26th at the Mt. Olivet Lutheran Church in Minneapolis.  Pastor Kalland will officiate.

Share Your Memory of
Tina
Upload Your Memory View All Memories
Be the first to upload a memory!
Share A Memory
Plant a Tree