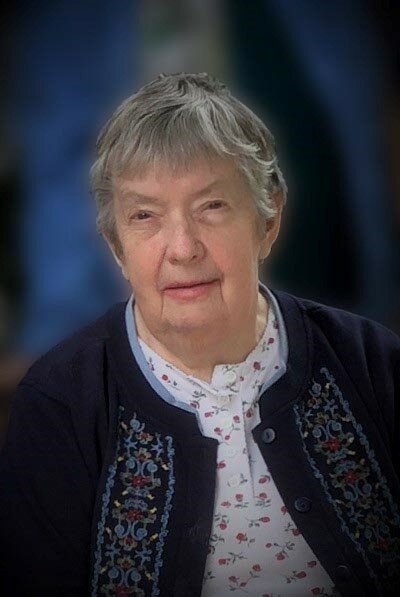 Myrtle J. Radford (nee Hall), age 88, passed away March 13, 2022, at The Pillars of White Bear Lake. Myrt was a long-time resident of Cloquet before moving to White Bear Lake in December of 2021. She was born December 25, 1933, to Mabel and Elvin Hall. Myrt grew up in Cass Lake, MN, where she graduated as high school valedictorian and went on to be Miss Cass Lake. She earned a B.S. in education with a minor in music from Bemidji State College.

In 1957 Myrt married J. David Radford and they moved to Carlton County. During the early years of their marriage, Myrt taught elementary school at Leach Elementary School in Cloquet. In 1967 she and Dave moved to Cloquet where they raised their four children. When Dave was diagnosed with multiple sclerosis, Myrt took on the additional job as caregiver. The Minnesota MS Society chose her as Minnesota Care Partner of the Year in 2010. Myrt volunteered at the Cloquet Public Library. She was a 4-H leader for many years, was an active member of Our Redeemer and Zion Lutheran Churches in Cloquet, PTA, PEO Sisterhood Sorority, Carlton County Homemakers Association, Zioneers, and many others.

Myrt had a wide variety of interests and talents, one being a love of music. She and Dave belonged to several music groups both in MN and in their winter home of Queen Valley, AZ. She also was the organist for the church choir for many years. Myrt and Dave shared a love of travel and visited nearly all the U.S. states and many countries of the world. She and Dave had a beautiful garden that kept them busy much of the year with planting, harvesting, canning, and freezing. She was a gifted seamstress who sewed much of her own and her children’s clothing, made many a quilt, and was able to repair nearly anything. Myrt reupholstered her own furniture and taught a community education class in upholstery. She loved crafts and always had a project or two going. She was a marvelous baker and an extraordinary pie maker. Her apple pies and caramel rolls will be missed by all who were fortunate enough to have enjoyed them.

A Celebration of Life is scheduled for April 29, 2022, 1:00 PM at Zion Lutheran Church, 1000 Washington Ave. in Cloquet with visitation one hour prior to service. Lunch and fellowship will follow in the church social hall. Memorials preferred to Zion Lutheran Church or the Cloquet Public Library.