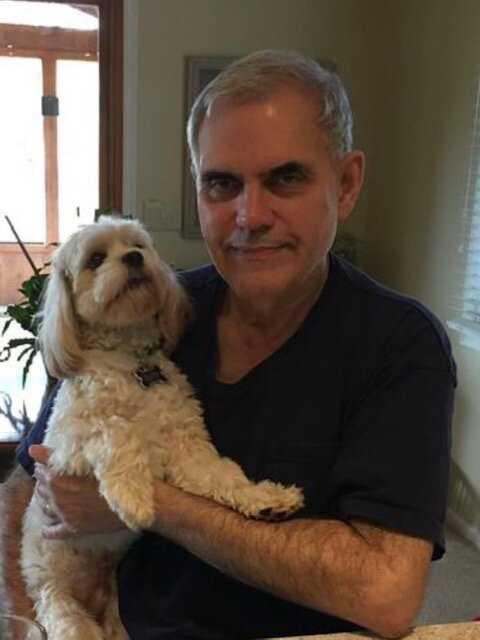 Juan J. Falcon, 75, proud veteran and patriot, passed away March 3, 2022, comfortably at home with his wife by his side. He had dealt with neuroendocrine cancer for fifteen years, related to Agent Orange exposure during his service in Viet Nam. Due to the expert medical care he received over his journey with this rare cancer, he had a good quality of life until very recently.

Juan was born in New York City on December 16, 1946 to Juan and Otilia Falcon. He grew up in Queens, New York and graduated from Aviation High School. He served in the U.S. Air Force from 1964-1968. He had a tour in Okinawa, during which time he also served in Viet Nam. Upon leaving the USAF he began his career with Northwest Airlines in NYC. From there he moved to Chicago and then transferred to Minneapolis for several years, making many friends along the way.

It was in Minneapolis where he met Mary Jane and they wed in June 1997. After 39 years with NWA Juan retired in 2007. While working in Chicago he had the honor to be part of the Northwest Cargo Team who helped the military with supplies for Desert Storm, 1990-1991. He flew with Northwest to Saudi Arabia 21 times. Always kind, gregarious and generous with his time, he volunteered for over ten years at the VA Medical Center transporting patients after his retirement. Juan and Mary Jane have always been animal lovers and rescued five wonderful dogs during their years together.

Preceded in death by his daughter, Lori Ann Falcon.

A celebration service will held be on May 6, 2022 at 10:30am at the Cremation Society of MN in Edina, MN with an interment service to follow at Fort Snelling National Cemetery at 1:30pm. Donations in memory of Juan suggested to the following animal rescue organizations: Secondhandhounds.org or Ragom.org.

Share Your Memory of
Juan
Upload Your Memory View All Memories
Be the first to upload a memory!
Share A Memory
Plant a Tree