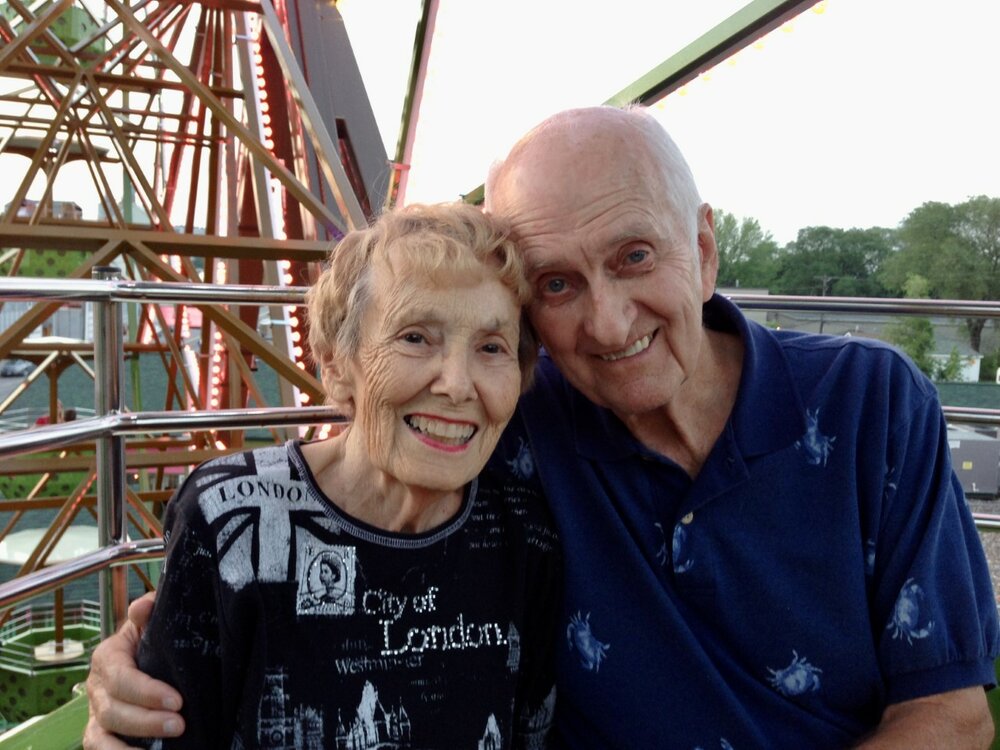 Lindahl, Roger E. “Bompa” of Minnetonka passed away at age 90 on January 26, 2022. Loving husband of nearly 66 years to Carol "Honey” (Solle), who passed away July 3, 2020 at the age of 88. Survived by children Kristi (Dave) Heistad, Steven Lindahl, Kathy (Andrew) Young and Amy (Ted) Johnson; grandchildren Becca (Matt) Neuger, Stephen Young, Eric Heistad, Ben and Tyler Lindahl, Peter Young, Casey (Anna) Pavlik, Kari Heistad (Xander Gershberg), Emily Young and Drew Johnson; great-grandchildren Skylee Haeg and Maisie Neuger. Also survived by sisters-in-law Marilyn Weckman, Arlene Lindahl, Carol Lindahl and many beloved nieces and nephews. Preceded in death by infant grandchild Jacob Johnson, brothers Jim and Dick Lindahl, sister Bev Erickson and brother-in-law Earl Weckman. Roger’s and Carol’s lives were blessed with many dear friends who were as close as family. Longtime St. Louis Park residents but insatiable travelers, the Lindahls made friends everywhere they went. Roger was a dog's best friend. Carol could crack up a room and did so often. The two were inseparable, once choosing in their 80s to share a twin bed rather than sleep apart for a night. Best friends, surrogate parents and grandparents to many. They were our biggest cheerleaders, kindest comforters, silliest competitors, and fiercest friends. They gave us more reasons to laugh and to love than they could ever know. A Memorial Service will be held Friday, May 20, 2022, 11:00 a.m. at St. Stephen Lutheran Church, 8400 France Ave. S., Bloomington, MN 55431.The family would like to thank the wonderful staff at Amira Choice Minnetonka for the outstanding and compassionate care they provided to both Roger and Carol. Memorials preferred to Animal Humane Society (or other animal welfare organization), VEAP or St. Stephen Lutheran Church Bloomington, MN.