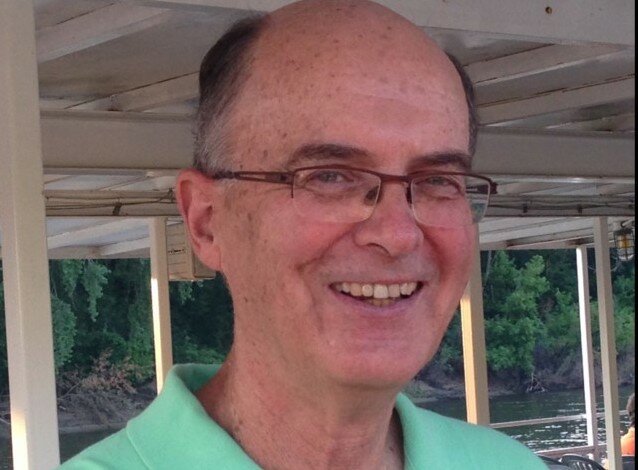 Obituary of Michael A. Holbach

Holbach, Michael A. “Mike, Hobie” passed away peacefully on November 29th, 2021, after a twelve year long battle with Parkinson’s and Lewy Body Dementia. Born on June 24th,1950, in Wasau, Wisconsin, to Al and Marie Holbach, Mike went on to attend Saint Mary’s Grade School in White Bear Lake and later graduated from White Bear Lake High School. Mike received his undergraduate degree at Saint John’s University and furthered his education at Saint Thomas University and University of Wisconsin, River Falls, where he received two Masters Degrees in Education and Counseling. Mike went on to have a long and successful career as a popular educator, coach and later guidance counselor at Saint Joe’s WSP, Hill Murray High School, Henry Sibley High School, Eastview High School and Edina High School. He truly enjoyed working with young people: many will never forget the infamous Hill-Murray Library Project. He will also be remembered for the 1997 Henry Sibley Girls Class A Soccer State Championship Team.

Mike enjoyed sharing time with friends and family, fishing, golf, traveling, gardening and spending time at the lake. A loving and devoted husband, caring brother and uncle, kind-hearted stepdad, loyal friend, he was passionate about music and loved dancing with his wife. He would never turn down a good Polka dance or German brew.

He is preceded in death by his parents Alphonse and Marie, his father in law Glenn and beloved feline companion “Cat”. He is survived by his loving wife, Mary; his sister Mary (Richard); his brother Paul (Lucinda); Stepdaughter Katie (Anthony); Mother in Law Novella; Brothers in Law Tom and Mark; Sisters in Law Sarah (Scott) and Ann (Mike); and many loving nieces and nephews.

The family would like to express its thanks to the caregivers at Arthur’s Senior Care in Shoreview during these last difficult years. Their care and compassion were truly extraordinary.

The Celebration of Life will be held at Rudy’s Red Eye Grill in White Bear Lake on January 29th from 1pm to 4pm. Memorial Service to begin at 2pm. Donations in Mike’s honor may be made to either Saint John’s University or The Sanneh Foundation for Youth Soccer.

EDIT: The Celebration of Life for Mike has been postponed until April 30th, 2022. The location and time of the celebration has not changed.