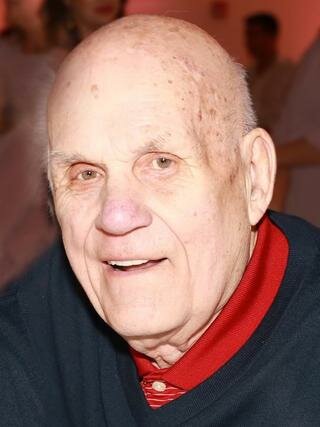 James “Jumbo” Hill, age 88, passed away peacefully at home on November 26, 2021 surrounded by his favorite people: his family. Born and raised in Duluth, Jim was a kind and humble man. He retired after over 40 years at Franklin Foods.

He attended Denfeld High School where he competed as a three-sport athlete. One of his greatest athletic memories was playing on the 1950 State Championship baseball team. He was crowned homecoming “King Jumbo.” He went on to UMD and played football before marrying his high school sweetheart Peggy Pederson in 1952. Jim and Peggy were blessed with 69 years of marriage, six children, 16 grandchildren and 13 great-grandchildren. Family was his greatest accomplishment and they brought him his most joy.

An avid overall sports enthusiast, Jim enjoyed fishing, golfing at Enger Park, watching his grandkids participate in sports, and many activities. Grandpa Jim was loved and adored, and he will surely be missed!