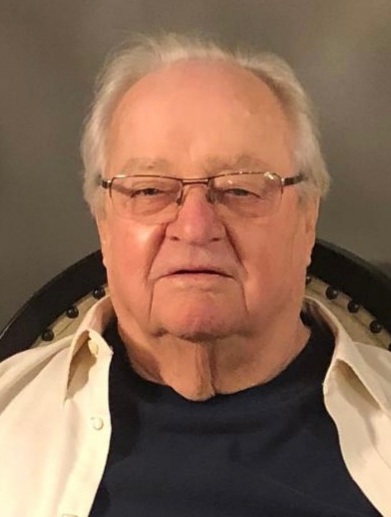 Gary Dean (Andrew Joseph) Cote, 85, Rosemount, MN, went home to be with the Lord on Thanksgiving morning 2021. Son of Emery and Lena Cote, Gary was born in Bottineau and raised in Willow City, North Dakota. The Sisters of Notre Dame educated him in primary and secondary school, where he excelled in all subjects and he played catcher well enough to teach his sons a few things later in life. He also worked in his parents’ drugstore and laundromat. His political career began and ended with his election to Class President in high school. From there, Gary developed into a news junkie that stayed with him throughout his life, with black newspaper ink on his fingers and everywhere he touched to prove it.

Upon graduating from Notre Dame Academy in 1954, Gary moved to Minneapolis to learn accounting and experience the big city. Unimpressed with city living—maybe it was the crazy drivers—he returned home and later moved to Williston to begin his career on the railroad—first as a brakeman and later, a conductor. Dolly Johnson was almost three years his junior, but they forged their union with the Sacrament of Matrimony on Dolly’s 20th birthday, in August 1959. His kids and their friends filled the family home with chatter and laughter, and he followed with pride his kids’ academic and athletic accomplishments. Gary took his family to weekly Mass at St. Joseph’s Catholic Church in Williston and years later, Dolly and he were parishioners at St. Joseph’s Catholic Church in Rosemount—go figure. He enjoyed hosting card games with friends and occasional weekend dinners at the Elks and other local establishments. After 43 years of keeping the train on the tracks, he moved to the Twin Cities and began RVing annually to Yuma and other warm spots where Dolly beat him in golf most of the time. Gary always called Williston home, however, because that is where he taught his kids the important things in life and where he formed lifelong friendships with many good souls. He enjoyed his grandchildren immensely—birthday parties, holidays and poolside barbeques were his favorite events. Most of his kids and their spouses and his grandchildren surprised him on his 85th birthday, just 15 days before he passed.