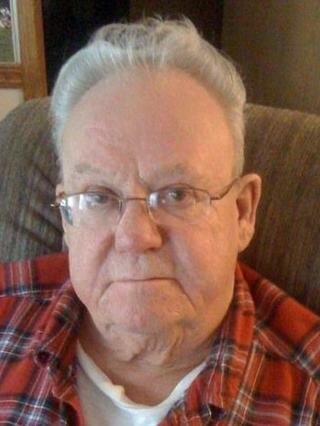 Jack E. Johnson, 82, died Friday, November 5, 2021 at Essentia Health, with his family by his side. Jack was born July 19, 1939 in Crosby, MN to Tracy and Arelene Johnson. After serving in the U.S. Army from 1961-1963, he met and married the love of his life, his fiery redhead, Jane Stoddard on August 16, 1966. He was employed at Chun King and later Jeno’s, where he became a supervisor. On October 19, 1989, he was devastated losing his soul mate, Jane, to cancer. After some convincing, his son Darrel had him move up to “The Property”. Besides his love of gardening, he loved helping Darrel in his shop, baking cookies for the guys and assisting in the office. He adored his grandchildren and loved teaching them how to fish, build forts, and exploring the many sites of Skyline drive.

Besides his parents, he was preceded in death by his wife of 23 years, Jane; brothers, Alfred, Johnny, Eldo, Roy, Tracy; and sisters, Alice and Florence. He left behind a daughter, Rhoda (Randy) Klotz, grandchildren Danny (Kim Sapp), Ashley Jane (Joe) Longino and a great grandson Alex. He also left behind a son, Darrel (Yvette), grandchildren Dennon & Desiree. He is also survived by brothers, Earl, Ray, Donald (Gloria), Ronald (Kari); sisters, Jane (Jim) and Shirley (Dale). He will be greatly missed.

The family would like to thank all of the doctors and nurses at Essentia Health CICU. Also, a special thank you to Dr. Romy and his staff for his excellent care over the past few years.

Services will be held at Cremation Society of Minnesota, 4100 Grand Ave., Duluth, MN on Friday, November 19, 2021. Visitation from 9-10 with celebration of life to follow. Coffee and conversation in lounge. Military Honor Guard and Burial will be at Oneota Cemetery at 12:30.

PER COVID, masks are required in the building and no outside food is allowed.