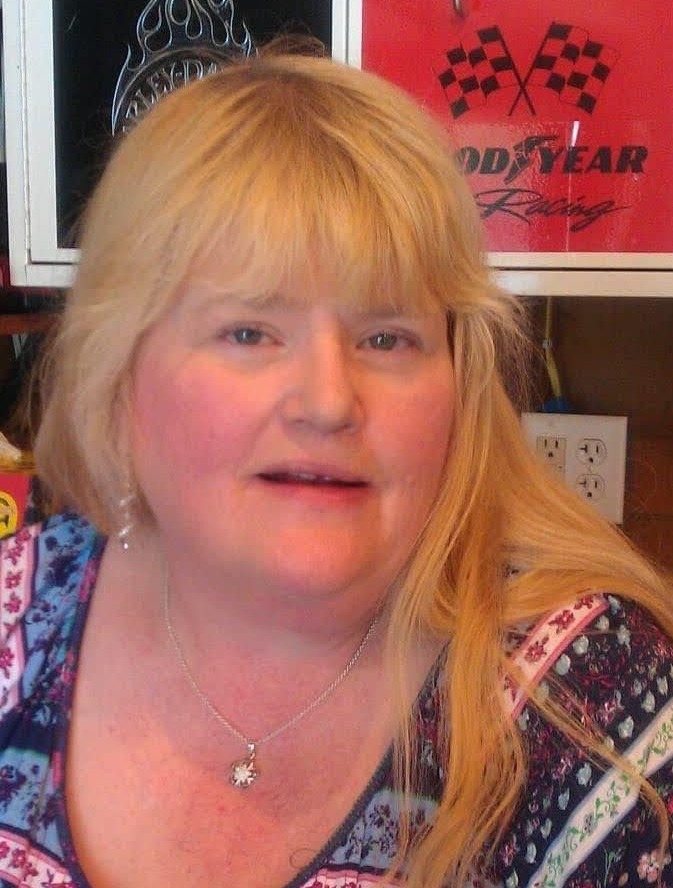 Cheryl Lynn Atkinson, 64, of Bloomington, MN passed away early in the afternoon of September 10th, 2021 after a short battle with metastatic lung cancer.

Born on August 20th, 1957, Cheryl spent her formative years living with her grandmother and eldest brother within the Powderhorn neighborhood of South Minneapolis before settling down -- and ultimately, permanently remaining -- in Bloomington as a young adult. There, wildly dressed and with a passion for Lifetime movies, true crime, helping others, and the game Bingo, she was an utterly unique personality that will be sorely missed by all that loved her.

Cheryl is survived by her: daughter, Felicia Atkinson; adoptive grandsons, Hayden and Gavin Tessman, three youngest siblings, Lisa Lein, Skip Atkinson, and Leslie Rowan; nieces and nephews: Derick Lein, Nicole Anderson, Ethan Rowan, Charles Lein, and William Rowan; best friend of over five decades, David Quear; many members of the Hanson family, along with all the folks out in the world who thought of her as a second mother or grandmother; and her two deeply beloved rescue cats that she’d be upset weren’t mentioned, Louis and Mocha. She is preceded in death by her: grandmother, Hazel; mother, Joyce (Atkinson) Horr; stepfather, Ronald Horr; brother, Randy Atkinson; and brother-in-law, Frederick Lein.

A memorial service will be announced at a later date.

Share Your Memory of
Cheryl
Upload Your Memory View All Memories
Be the first to upload a memory!
Share A Memory
Plant a Tree