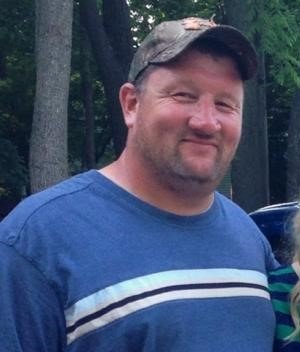 Services will be held at Minnesota Cremation Society on July 25th @ 11am. 7110 France Ave. S. Edina, MN 55435. Jerry Pulczinski will be officiating.

Dan enjoyed testing the speed and horsepower of anything with a motor. Dan had a nickname for everyone he met. He was always ready to laugh or razz you. Dan spent many hours at the Farmington and Saint Mary’s University softball fields coaching his daughter, cheering her on in softball tournaments and hauling equipment. The softball team especially liked his scrambled eggs with syrup recipe. Lately, Dan enjoyed spending time with family & friends at the lake and planning for the next ATV adventure.

Prior to Dan’s passing he spent several days in the Intensive Care Unit. In lieu of flowers, donations may be given to help the family with hospital bills. GoFund Me page:  https://gofundme. Dan’s family would like to thank the hundreds of friends and extended family that have rallied together to support us.

Each of you have been a blessing.

A celebration of life will be planned (later this year) to share memories and toast the funniest, kindhearted hillbilly around!

Share Your Memory of
Daniel
Upload Your Memory View All Memories
Be the first to upload a memory!
Share A Memory
Plant a Tree