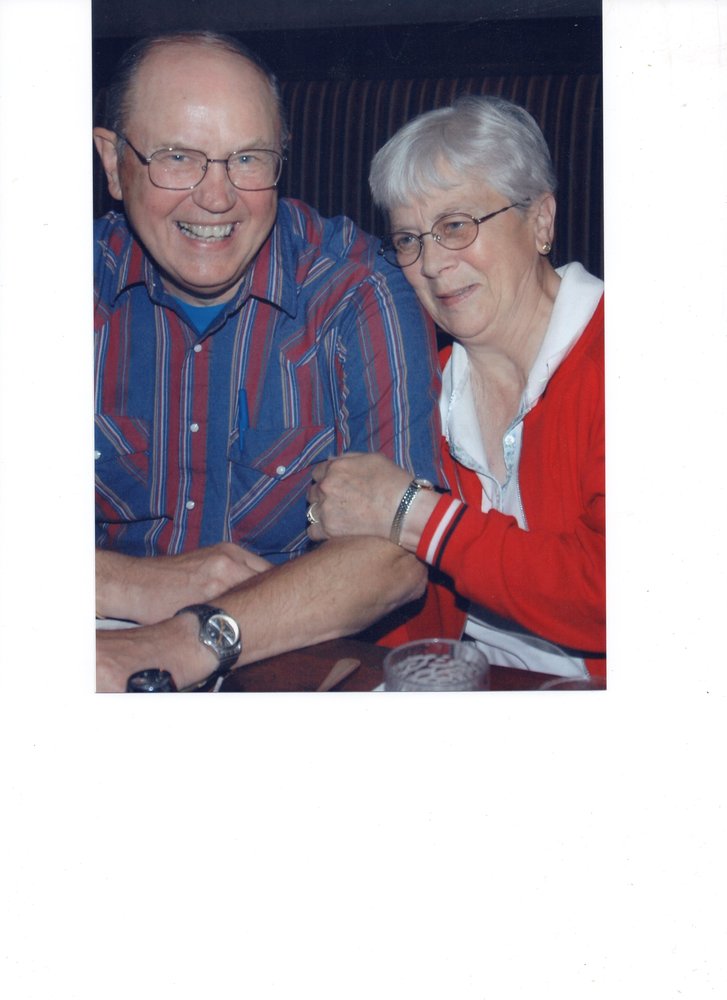 Passed away on Tuesday, 6 July 2021. Born in the town of Ethan in Davison County, South Dakota on 17 July 1930. She was the first of 19 children born to Lawrence and Florence (Vittetoe) Puetz. She attended Ethan High School and graduated in 1948. She met her husband, Richard William Nicolay, while working for Red Owl in Watertown, South Dakota. They married on 23 February 1952 in Dimock, South Dakota. They traveled to Omaha, Nebraska, Biloxi, Mississippi and Mobile Alabama while Richard was in the Air Force. When Richard was called to serve in Korea, Donna Mae moved to Minneapolis, Minnesota to stay with Richard’s relatives until he returned home in 1955. After a few years in Minneapolis, they moved to Eagan, Minnesota in April 1961. Donna worked for banks early in her career, but her longest tenure was as a church secretary at Mary, Mother of the Church in Burnsville, Minnesota. She was instrumental in arranging wedding dinners, funeral dinners and various other gatherings at the church. She retired from the church in July 1992. Richard and Donna Mae spent their retirement years snowbirding to the southern and western parts of the United States in their Honey RV and Tiger RV and enjoying time with their children and grandchildren. Richard passed away in November 2014. Donna continued living in Eagan until her death. Survived by sons, Douglas, Dale (Virginia), Dean (Cheryl) and Don (Cindra); 9 grandchildren; 5 great-grandchildren; 3 brothers, 10 sisters, 3 sisters-in-law and 1 brother-in-law. She was preceded in death by her parents, 3 brothers, 2 sisters and 2 brothers-in-law. Memorial Mass will be held at 11am Saturday, July 24, 2021 at Mary, Mother of the Church, 3333 Cliff Road East, Burnsville, Minnesota with a gathering 1 hour prior to the service. Burial will be at Fort Snelling National Cemetery with her husband Richard on August 31, 2021 at 2pm. Please consider donating to Mary, Mother of the Church in lieu of sending flowers.

Share Your Memory of
Donna
Upload Your Memory View All Memories
Be the first to upload a memory!
Share A Memory
Plant a Tree