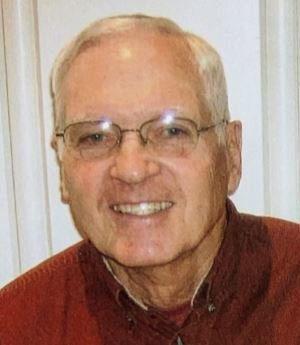 Phillip Leland Zink was born on July 17, 1934 to parents Leland and Mary (McKibben) Zink in Sandwich, IL. He grew up on the family farm in nearby Plano, just outside of Chicago, where his life-long love of the Chicago Cubs was cemented after a family trip to Game 7 of the 1945 World Series. After earning degrees in both Mechanical and Agricultural Engineering from Iowa State University (ISU), Phil married his college sweetheart Anne Chapin Booth on August 4, 1957. They lived in the Detroit area for 2 years, where Anne taught high school math and Phil worked at Ford Tractor and Implement. They then moved to the Twin Cities where Phil worked for Daffin Co. and received a patent for inventing the Center Delivery Hay Rake. The next seven years brought four children, four relocations to 3 different states, and a Master’s degree from MIT’s Sloan School of Management. In 1969, Phil and Anne settled in Marshalltown IA where they raised their family over the next 20 years. Phil worked for Lennox Industries as an executive on the research and design team developing the world’s first high-efficiency gas furnace. He later taught in the Business School at ISU, his alma mater.

Phil was known to his family and friends as a very kind, warm and thoughtful person, quick with a silly joke or a light-hearted prank. Retirement brought Phil and Anne back to Minnesota in search of better snow in 1989, where they have been living in the White Bear Lake area for the past 32 years. He and Anne enjoyed many years of cycling and cross-country skiing with friends and family in Minnesota and in other states and countries around the world. Phil groomed local ski trails for several years as a volunteer. He was thrilled to finally celebrate a World Series victory for his Cubs in 2016.

Phil departed this world peacefully in home hospice care on May 12, 2021 surrounded by his family. Preceded in death by his brother Frank and sister Dorose, he is survived by Anne, his loving wife of 64 years, children Dave, Lori, Frank, and John, daughters-in-law Karen, Katie, and Eileen, son-in-law Mike and grandchildren Cristin, Colby, Linnea, Dylan, Simon, Daniel, Monica, Aidan, and Declan. The Zink family would like to thank the phenomenal Northern Stars Home Care team for their wonderful care. In lieu of flowers, the family suggests donations to support children’s sports and recreational programs at the The Loppet Foundation or the American Birkebeiner Ski Foundation. A picnic celebration of Phil’s life will take place in North Oaks MN at a future date when it’s safe again for extended family and friends to gather together.

A Memorial Tree was planted for Phillip
We are deeply sorry for your loss ~ the staff at Cremation Society Of Minnesota | St. Paul
Join in honoring their life - plant a memorial tree