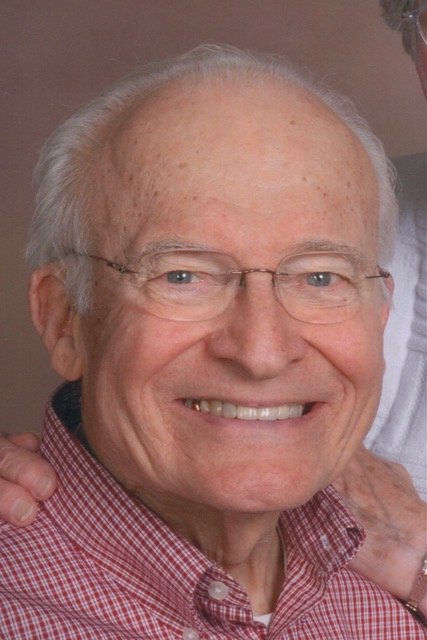 Age 91, formerly of Richfield and St. Paul, died peacefully April 27, 2021. Born and raised in St. Paul, Wally attended Cretin High School (Class of 1947). He and Dorothy Lalla were married in 1953 and began their life together in St. Paul. Their family grew to include four daughters before moving to Richfield in 1965. Wally was a wiz with numbers and worked as an auditor for the Metropolitan Airports Commission before moving on to banking. He spent the rest of his career with Richfield Bank and then Commercial State Bank. Wally was an outdoorsman who enjoyed fishing, hunting, biking, and golf. His passion for singing started as a youngster when his mom would play piano and his family would sing. He sang in several choirs and was a cantor for many years. Wally had a great voice and spent thirteen years as a weekly volunteer reader for the Minnesota State Services for the Blind.

Mass of Resurrection will be Wednesday, May 5 at 10:30am with visitation at the church beginning at 9:30am. Church of the Assumption, 305 East 77th Street, Richfield, MN. COVID protocols will be followed and masks are required. Arrangements by Cremation Society of Minnesota. In lieu of flowers, donations preferred to St. Therese at Oxbow Lake www.sainttherese.org/give or AccentCare Hospice Foundation, 110 Sixth Avenue S, Princeton, MN 55371 or donor’s choice. Special thanks to the caring staff of St. Therese at Oxbow Lake and AccentCare Hospice.

Share Your Memory of
Walter
Upload Your Memory View All Memories
Be the first to upload a memory!
Share A Memory
Plant a Tree