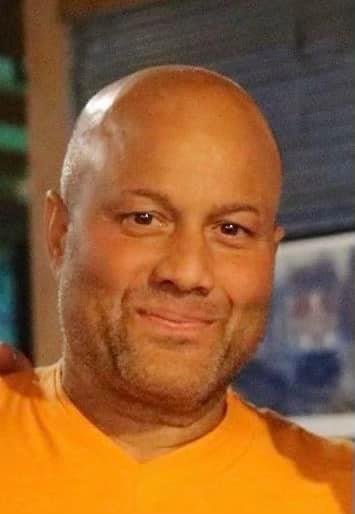 Joseph Andre Reis, 52, of Napoleon, ND passed away on March 28th, 2021; surrounded by love.
Joe’s sweet soul was met with open arms by Jesus, his father Sebastian Reis, his sister Joan
Daigle and sweet nephew Alexander Englehardt. What a beautiful way to be welcomed home.
Joseph (Joe) was born on December 21st, 1968 in Bismarck, ND, and grew up in the close-knit
community of Napoleon, ND. Growing up, Joe developed his strong work ethic at his parent’s
farm and became a school record-holding athlete at Napoleon High School. He was a loyal friend
and developed lifelong friendships during his youth that he cherished. After graduating high
school, Joe enlisted in the United States Navy, where he proudly served his country for 20 years.
Joe never sat still… While raising a family and owning a snow plow company, he
worked for the BNSF railroad for 22 years. It was working for the railroad that he formed bonds
with the men he called his brothers. He was known to always go the extra mile; if you needed
anything you called Joe Reis (Dreamboat).
Joe’s journey was not easy but he was brave and turned the strength he had on
the outside to his inside to survive. He enjoyed traveling with his wife Jenny and
spending time with friends along the way. He was witty and his mischievous smile
and the twinkle in his eye will not be forgotten. He could be stubborn; he knew
what he believed and let you know it, but whether you agreed with him or not,
you were captured by his personality and charm.
Joe was a kind man with a loving heart. He leaves behind his sweet mother Lorraine Reis. If you
want to see a man’s heart, watch how he treats his mother. Joe Reis set an example of how to be
a good son. Joe will be forever missed and deeply loved by His wife Jenny Reis and his children:
Dylan Reis (Alison), Hannah Reis (Peter), Sophia Reis (Robert), Max Reis, Drew Eid (Amanda),
Kailey Boyd (Tommy), Payton Kerkau (Cohl). His grandchildren, who loved him dearly and
called him Papa Joe: Renley, Ira, Zander, Nora and Colbie. His siblings: Jennifer Christensen
(Dan), Jeffrey Reis (Bonnie), Jacinta Englehardt (Kyle), Jacque Reis (Arlene), Jacqueline Adkins
(Jerry), Jessica Reis, and his brother-in-law Denny (Joanie). He leaves behind memories of
Uncle Joe with his nieces and nephews who he loved like his own children, and loyal friendships
that he cherished until the end.
Joseph Andre Reis, you were loved and you were a warrior that fought to be with
us until the end. KNOWING YOU AND BEING LOVED BY YOU IS MY GREATEST GIFT
FROM GOD… Forever Yours, Jen