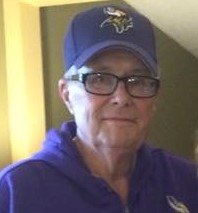 Brustad, Lawrence (Larry) Leslie, 74, passed away on March 6, 2021 at his home in Orono, Minnesota.  Lawrence was born in Bemidji, Minnesota on November 2, 1946 to Lois and Leslie Brustad and grew up in Bagley, Minnesota.  He graduated from Bagley High School in 1964.  He graduated from Moorhead State University in Moorhead, MN with a degree in Business and Marketing and attended Mankato State University for his MBA.  He joined the US Navy in the fall of 1968, trained as a Signalman in Newport, RI and was honorably discharged in the fall of 1972 as an SM2 E5 where he served for 3+ years on the USS Furse DD882 stationed out of Norfolk, VA.  While serving in the Navy he crossed the equator twice, and docked in over 50 countries while on deployment. While in basic training, he sang in the Blue Jacket Choir.

Following his Naval commitment, he entered the world of Insurance in 1972, working for Continental Insurance, serving as a Field Rep and Underwriter.  The world of Insurance continued to interest him and he formed his own independent insurance agency, L L Brustad and Associates in the spring of 1976.  He had several partners during the next 43 years and had many clients for those years, sometimes insuring their children and grandchildren.  He retired in the fall of 2019.  While in the insurance industry he served on various boards of the MIIAB (Minnesota Independent Insurance Agents & Brokers Association), including serving as the President.  He served for many years as the InsurPac Chairperson, helping to create Minnesota as one of the largest insurance PACs in the country.

Larry married Jeanette (Jeanne) Augdahl on July 13, 1968 and they welcomed 2 children to their family, Kraig Brustad (Jon Janikies) and Kelsy (Tom) Hoene and 2 grandchildren, Hudson and Jaxon Hoene.  Larry loved being with family, as his children grew, he watched many hours of dance recitals, tennis matches and choir concerts of his children.  He loved playing various card games, golfing with the grandsons, going to parks, watching old “cowboy shows” and just being together in all kinds of situations.  He was an avid Minnesota Viking fan, having season tickets for over 30 years.  He valued his many friendships with all his heart.  He enjoyed gathering friends together, was very loyal to those friends and they enjoyed his very outgoing presence.  He was known for his “one-liners” and many in his family have favorites that they spent the last year on zoom remembering various times when those “Larryisms” were used.

Larry had many passions in life.  He loved playing basketball and played until just 5 years ago, almost every day at noon.  He also loved golf, playing as often as he could until just the last year of his life. Downhill ski vacations were a great family activity for Larry his entire adult life, skiing in Colorado, California, Nevada, Montana, Utah, Michigan, as well as Minnesota.  During various times in his life he also played softball, racquetball and any other sport that someone invited him to join.  He coached both of his children in basketball in their youth.  He loved reading, and attending all kinds of concerts.  His love of music was enhanced by his great voice.  He sang in his Church choir for his entire life.  He spent a couple of years singing in a barbershop group and you could often hear him singing Johnny Mathis songs or hymns to his children and his wife.

Larry was preceeded in death by his parents Lois and Leslie (Red) Brustad , his in-laws Lorraine and Warren Augdahl, and his brother-in-laws, Jerry and Steven Augdahl.  He is survived by his wife, 2 children and 2 grandchildren, a sister Shirley (Tom) Beltz and brother Rick (Nannette) Brustad, a brother-in-law Roger (Gail) Augdahl, sister-in-law Candace (Mike) Lano, sisters-in-law JoAnn Augdahl and Pat (Dreux) Augdahl-Boehmer, his various nieces and nephews that he enjoyed so much and many dear cousins.

Larry will be buried at Fort Snelling in August and we will hold a celebration of Larry’s life at that time. Memorials preferred to Good Shepherd Lutheran Church Choir, 3745 Shoreline Drive, Wayzata, MN  55391 or The Gillespie Center, 2590 Commerce Blvd., Mound, MN  55391.

Share Your Memory of
Larry
Upload Your Memory View All Memories
Be the first to upload a memory!
Share A Memory
Plant a Tree