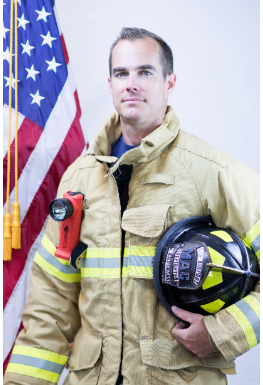 On June 23, 1980, Jon was born in Robbinsdale, Minnesota, to his devoted parents, Steve and Carla Kauffmann.  He grew up in Hanover, Minnesota, with his brother, Adam and sister, Molly; where he spent his childhood riding dirt bikes and wakeboarding with friends.  Jon graduated from Buffalo High School in 1998.

After graduating from college, Jon lived in Florida, where he worked on sailboats.  During his time in Florida, Jon’s passion for being on the water was ignited. He was in his happy place, spending each day sailing.

While working full-time as a firefighter, Jon also worked as a caretaker and property manager for a wonderful family. During this time, Jon lived in and maintained properties where he put his handyman skills to use. He felt truly blessed and grateful for these opportunities.

Jon’s zest for life and positive energy was contagious. He seized each day to its fullest. From the time he woke up to the time he went to bed, you would find Jon either doing house projects, caretaking, working out, or engaging in his hobbies.  His list of hobbies is never-ending, but he enjoyed boating, paddleboard racing, scuba diving, pickleball, skiing, and traveling the most.

True to his character, Jon’s positive attitude remained unchanged in the face of his diagnosis. The strength of character and grace he displayed over the last year was nothing short of amazing and has been an inspiration to all who had the honor of knowing and loving him. Jon was a wonderful husband, son, brother, uncle, grandson, nephew, and beloved friend to many. He will be deeply missed and forever in our hearts.