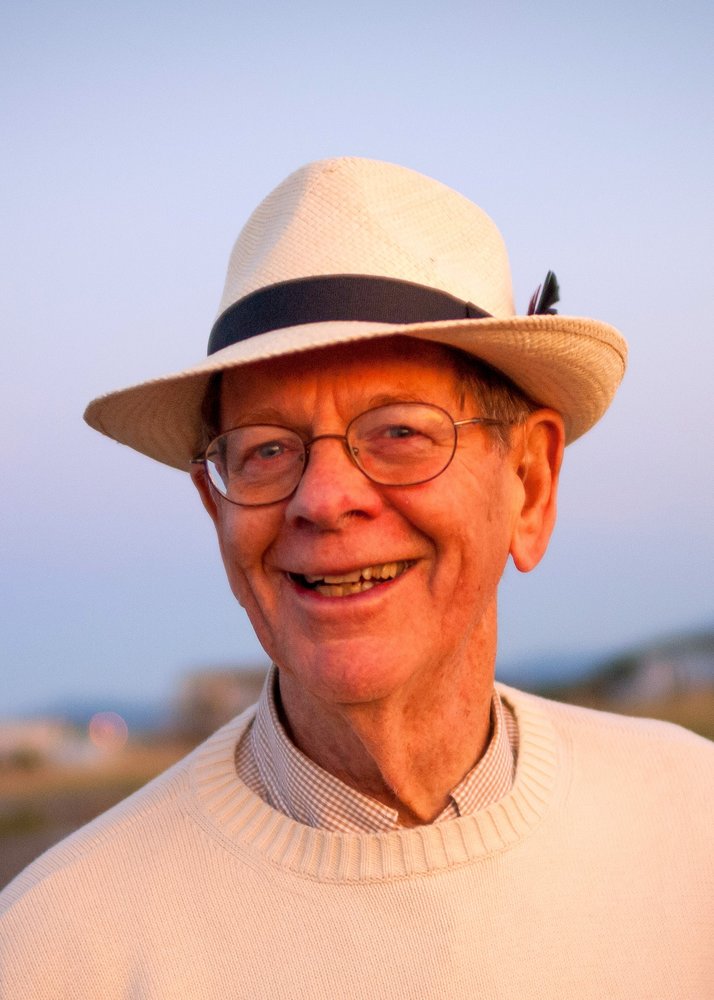 Tom Wallace, 88, died peacefully at his home in Minneapolis, Minnesota on January 14, 2021. He was born June 4, 1932 in Baltimore, Maryland, the son of Charles and Rebecca Thomas Wallace.

Tom graduated from Baltimore Polytechnical Institute, class of 1950, and the Virginia Military Institute in Lexington, Virginia, class of 1954. He served two years in the Air Force, stationed at Mildenhall, Suffolk, England.  During his college years he worked for the C&P Telephone Company. When he returned from Service, he continued working for the Telephone company and spent his entire career with the Bell System, retiring in 1994 as the Director for Regulatory Relations. He was a member of the Society of the Ark & Dove and a volunteer for Habitat for Humanity of the Chesapeake.

Tom will be remembered for his love for his family, calm demeanor, wry and witty sense of humor, and creative talents. He felt most at home on Ridout and Whitehall Creek and sailing on the Chesapeake Bay.

In addition to his parents, he was predeceased by his brother, Charles Wallace, Jr. He is survived by his wife of 32 years, Robin Smalley Wallace to whom he showed pure devotion. Also surviving are his daughters and their spouses, Ann Wallace Riefe (Geoff) of Annapolis, Brooke Wallace (Geoff Wood) of Sydney, Australia. His stepsons, Mark Robinson Isett (Doreen) of Cincinnati, OH, Christopher Mills Isett (Sophie Huang) and Stuart Harper Isett (Jennifer) of Ballard, WA.; Nine incredible Grandchildren Caitlin, Rebecca and Claire Wood, Zoe, Phoebe, Isabella, Sebastian, Emma and Lila Isett. His much-loved Cousins George, Lynne, Suzanne, Douglas and Carter Mitchell were constants throughout his life, as was his much-loved niece, Kelly Wallace and nephew, Tom Wallace.

In consideration of the Covid-19 restrictions a Celebration of Life will be held at a later date. Remembrances in his honor may be made to the Chesapeake Bay Foundation, the accredited service dog organization, Fidos For Freedom, Inc. of Laurel, MD, or Habitat for Humanity of the Chesapeake.

Share Your Memory of
Tom
Upload Your Memory View All Memories
Be the first to upload a memory!
Share A Memory
Plant a Tree