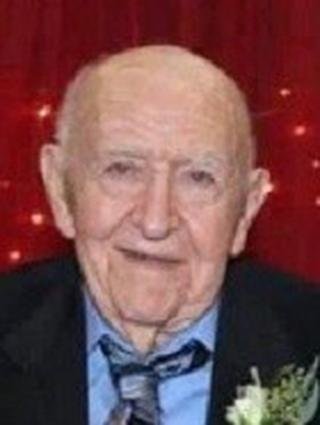 Kay C. Johnson, age 89, passed away on Christmas morning, his favorite day of the year.

He was born in Duluth on July 7, 1931 and attended school in Proctor. Kay met Charlene Young and they married July 26, 1952. They made their home in Lincoln Park, where they raised their four children. Kay worked at DM&IR Railroad, Enger & Olson, and Beck’s Furniture. Kay and Char moved to Park Point after retirement.

Kay was a very handy, creative man and was always working on a project. He enjoyed carpentry work, made over 135 mini replica Lift Bridges, created decorative wall hangings and restored several old cars. Kay and Char enjoyed and participated in many car shows over the years. Kay enjoyed hunting and spending time at the hunting shack.

Kay will be missed by his family and remembered for his love of the outdoors and Christmas.

The family would like to give a special thank you to the staff of Keystone Bluffs, Diamond Willow and Hospice staff.