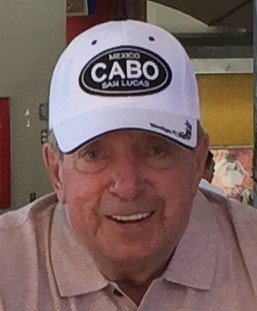 Peacefully, on Sunday, December 20, 2020, surrounded by his loving family, Anthony “Tony” Hertz, age 84, passed away at home in Elk River, Minnesota after a prolonged illness.

Tony was born on October 6, 1936 in Minitonas, Manitoba, Canada to Stefania (Stella) and Rudolph (Rudy) Hertz, later moving to East Selkirk, MB, growing up there with his three sisters, Jean Jaworski, Wanda Pupek, and Jenny Payment. It was there he met his lifelong partner, Adeline Zygarlicki of Highland Glen, MB, they married on September 17, 1960 and had their three children in the following years. In 1966 Tony brought his family to the Twin Cities area to start a life in the United States where he practiced his trade as a professional painter. Over the decades, they made annual trips back home to Manitoba, and in later years enjoyed wintering in Texas and vacationing in Cabo San Lucas, Mexico. Tony lived life to the fullest, always the life of the party.

Due to the current restrictions, a private funeral service will be held for family and friends at a later date at The Church of the Epiphany in Coon Rapids, MN.

In lieu of flowers or gifts, please send any memorials to The American Cancer Society or a charity of your choice.