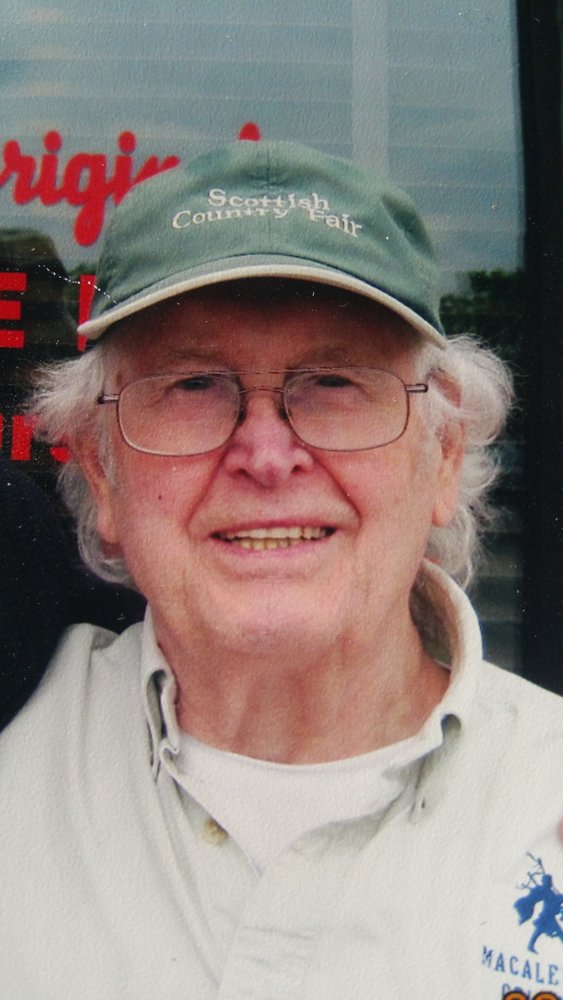 Thomas Mack Engeman died on December 20, 2020.  He was born August 13, 1932, in Redwood Falls MN Hospital, to Gerald R. Engeman & Jennie Mack Engeman.  He displayed musical talent in grade school singing in all 3 parts in the chorus.  He played the trumpet, trombone & bass horn.  He finished his freshman year in Redwood Falls when his father purchased a John Deere dealership and moved their family to Mt. Lake, MN.  He graduated the class of 1950.  He attended Macalester College in St. Paul, MN, earning a BA in 1954.  He was drafted into the army during the Korean Conflict in October 1954.  He served in the US Army until September of 1956.  Using the GI bill, he went back to attend Macalester College.  On completing a degree in Speech & Drama, he taught high school choir.  He then went on to Brown Institute in Minneapolis, MN.  He became a volunteer at channel 2 in St. Paul, KTCA.  He became more involved in public television & radio.  He met the love of his life, Janet Marie Billings (Franklin, MN).  They became engaged on Palm Sunday and married on October 28, 1961.  He earned a masters degree from Syracuse University in NY.  He progressed in his public television career working at the University of Connecticut, University of Nebraska in Lincoln, South Dakota State University in Brookings, and finally transferring to KUSD at the University of South Dakota in Vermillion.  He then took over the program directorship at KUSD SD Public network.  Jan gave birth to their only son, Ross, during their short time in Lincoln, Nebraska.  In 1976, Tom resigned to become the owner of a motel in Sibley, IA, for 15 years.  In 1985, he was appointed the judicial magistrate for Osceola County, IA.  Tom served in that position until 1996 at which time he retired.  He has been an active member of the United Church of Christ in Sibley, IA, Kiwanis Club and the Masons.  Tom was proud of his Scottish heritage and would be seen wearing his kilt at many a Scottish Country Fair or special family gatherings. He and Janet were married for almost 49 years. She died suddenly in 2010.  He is preceded in death by his parents, Gerald R. Engeman & Jennie M. Engeman; wife, Janet M. (Billings) Engeman; brother, Jerry L. Engeman; and brother-in-law, Thomas McNair.  He leaves behind two sisters, Eleanor McNair (Charlotte, NC) and Joyce Hayek (Hot Springs Village, AR), two brothers-in-law, Paul Hayek (Hot Springs Village, AR) and Ron VanVactor (Raleigh, NC); and one sister-in-law, Jeannie Engeman (Sioux Falls, SD).  One son, Ross E. Engeman (Brooklyn Park, MN), daughter-in-law, Sara R. Engeman and three grandchildren, Grant R. Engeman (fiancé Marissa Hempel), Amanda R. Engeman, Everett R. Engeman and many cousins, nieces and nephews.  His life will be celebrated in June of 2021 as he is buried next to his bride in Redwood Falls, MN.