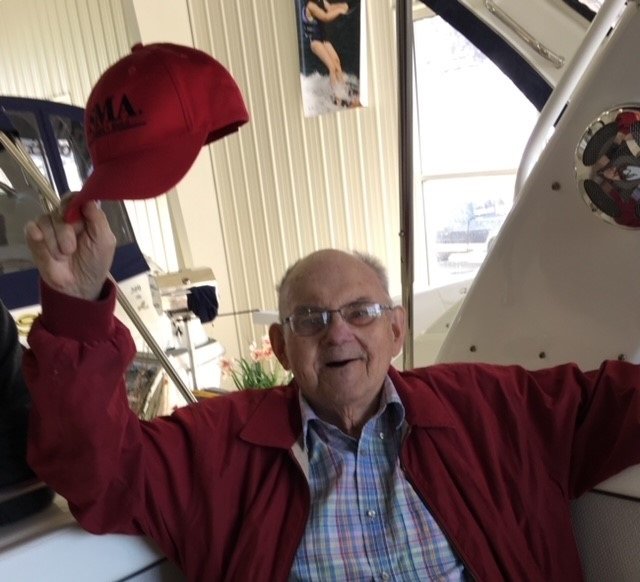 Age 90, passed away on November 30, 2020 at Maranatha Care Center in Brooklyn Center MN.

Born in Chicago IL on March 4, 1930, he proudly shared his birthday with his oldest son, Brian. His family moved to Minneapolis MN during his teen years, eventually settling in his father’s hometown of Two Harbors MN where he graduated from Two Harbors High School. He met Kathryn Reid at the University of MN, Duluth, where they both pursued music and business degrees which led to their marriage on September 6, 1951 at First Presbyterian Church in Duluth. They raised their young family in the Eastside and West Duluth neighborhoods. In 1968, a job opportunity in industrial supply purchasing brought the family to Brooklyn Center MN where he retired in 1992.

Rodney and Kathy enjoyed the open road and traveled to many U. S. destinations enjoying national parks and historic sites, along with a dream retirement trip to Hawaii. They celebrated 68 years together until Kathy’s death in June 2019. Rod (“Spud”) enjoyed sports, participating in baseball and bowling in his youth and arm-chair coaching in his golden years. He especially cherished his “GHT” friendships at Ramsey Jr. and Washburn High School in Minneapolis. His deep baritone voice resonated in school musical productions, church choirs and also as soloist at many wedding and church celebrations. He often serenaded his family & caretakers at Maranatha singing his favorite hymns - his beloved “How Great Thou Art” - along with many Broadway musicals, recalling all the lyrics to his favorites from “The Music Man.”

Most of all, he loved his family. He was very proud of all their accomplishments through the years and enjoyed family get-togethers, attending many sports and musical events and birthday celebrations.

Special thanks to his compassionate caregivers at Maranatha and Optage Hospice Services who were his extended family for the past two years sharing hope, friendship and spiritual guidance.

Rodney was preceded in death by his parents, wife Kathryn, and infant daughter Laurie Anne. A private family gathering and spring inurnment will be held at Park Hill Cemetery, Duluth MN. Arrangements by Cremation Society of MN, Brooklyn Park MN.

Share Your Memory of
Rodney
Upload Your Memory View All Memories
Be the first to upload a memory!
Share A Memory
Plant a Tree