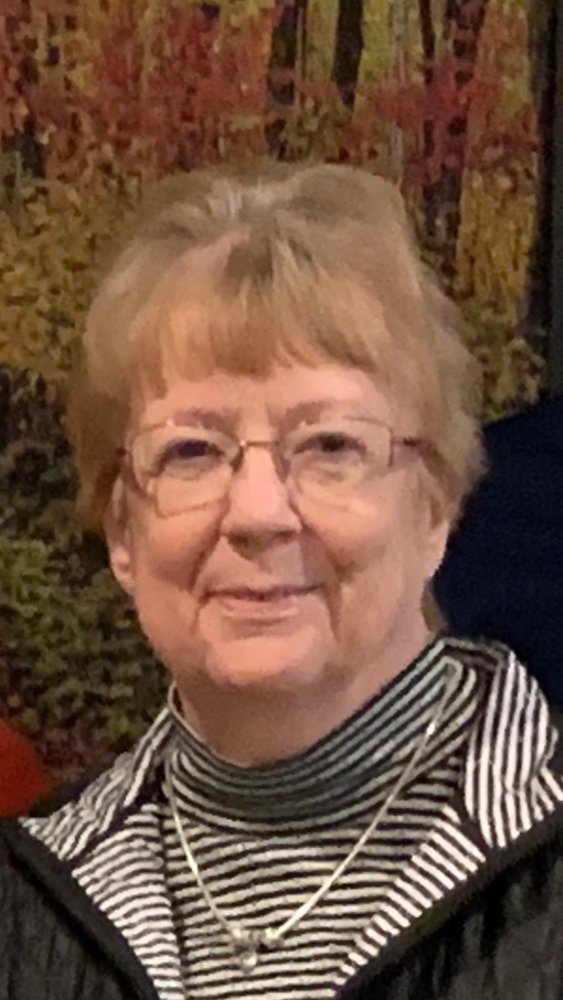 Pat was born in Duluth, the 3rd daughter of 6 children born to Ruth and John Foley.

She grew up in a large Catholic family, graduating from Duluth Cathedral High School, and the College of St. Scholastica, majoring in Nutrition. She pursued a Master’s degree in Nutrition and Dietetics at UW-Stout.

Their son Joel was born in 1988.  Patsy and Rudi cheered on Joel at his many football, baseball, and basketball games during his school age years.

Pat began her professional career in Dietetics at St. Joseph’s Hospital in St. Paul.  Later she worked as the Director of Nutrition Services for Children’s Hospitals and Clinics of Minnesota.  She retired in 2019 after 30 years.

She was a member of St. Vincent de Paul Catholic Church in Brooklyn Park.

Pat enjoyed fine dining, was an adventurous cook and was always in the kitchen at large family gatherings. She was an avid reader, a whiz at Sudoku and Words with Friends and played Bunko with her girlfriends. She and Rudi loved the sun and traveled to Mexico many winters to escape the cold Minnesota weather. Pat and Rudi had a special group of very close friends, The Best Friends Club, who have been a strong support to them during Pat’s illness.

Though Pat had been ill the past year, her death was sudden and unexpected. We will miss her amusing chuckle, love of all things pink, and appreciation for good wine and Godiva chocolates.

There will be a celebration of Pat’s life in the future when family and friends can gather.

Share Your Memory of
Patricia
Upload Your Memory View All Memories
Be the first to upload a memory!
Share A Memory
Plant a Tree