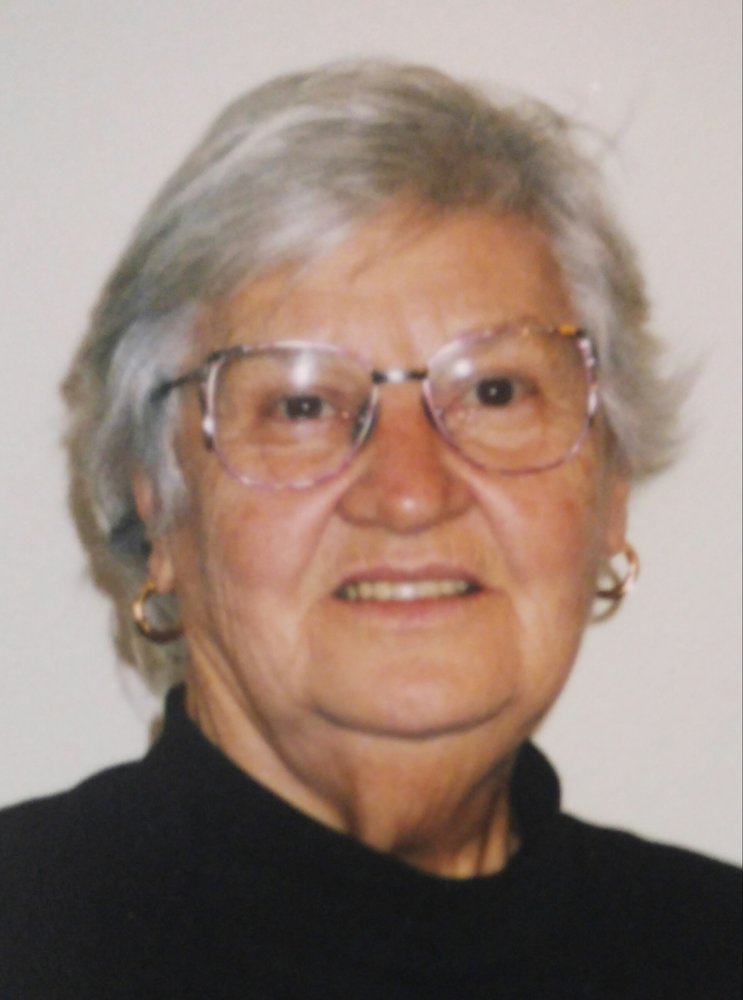 Lillian Emma Maroushek, born the third of six children on July 22, 1923, on a farm near Bonaire, Iowa, to Mildred (Mertl) and Charles Vobr, passed away on September 26th, 2020 in Maplewood, MN, following a series of strokes.

Her parents and four siblings predeceased her.  Her brother, Raymond, of Cresco, IA, survives her.

As a girl, Lillian enjoyed local social events and dances in the area.  It was at one of these that she met her future husband, Richard (Dick) Francis Maroushek, of Spillville, IA.  Richard enlisted in the Army during World War II, and Lillian followed him on his US travels to training locations around the US.  They were married at her parents’ farm after the war.  Richard’s sister and her husband, Helen and Albert Bina, served as attendants.

The young couple set up housekeeping in Cresco, IA, where two children, Patricia Mildred and Dale Richard were born.  The family moved several times for Dick’s work requirements, finally settling in Hastings, MN, where they lived for 67 years.  Richard died in 1990; Lillian continued living there until 2018 when ill health forced her to relocate to an assisted living facility near her son’s home in Maplewood, MN.  She was also a 20 year colon cancer survivor.

Lillian was always artistic and creative, and her talents found an outlet in a cake decorating business she operated from her home for many years.  This was followed by the founding of Maroushek Gardens, a small nursery specializing in lilies, hostas, clematis, and rock garden plants she ran from her home garden for 27 years.  She hybridized many plants and registered seven hostas and one lily to their international trade organizations. Her hosta ‘Frosted Jade’ captured hosta of the year honors in 1978.  She won many flower specimen and arrangement awards at local, state, and national shows.  Active in professional flower societies, Lillian was elected the first woman president of the North Star Lily Society (MN state organization).  She became a well-known and highly regarded speaker on a variety of horticulture topics.  As a member of the Hastings Garden Club, she spearheaded efforts to decorate the Government Center and the LeDuc Mansion for special occasions.

Lillian’s family was active in the Western Fraternal Life Association, then known by its Czech initials Z.C.B.J. while she was growing up.  She and Dick remained active in the organization, holding many offices, and participating in many projects.  Local, state, and national functions benefited with cakes, corsages, and flower arrangements executed by Lillian.  She also served as the lodge correspondent for Montgomery No. 155 for a number of years.

Lillian’s remains will be cremated and buried at Fort Snelling National Cemetery, Minneapolis, MN, next to Richard’s remains.  The family will hold a private remembrance.  A public celebration of life will be announced at a later date. Memorials preferred to The American Hosta Society.