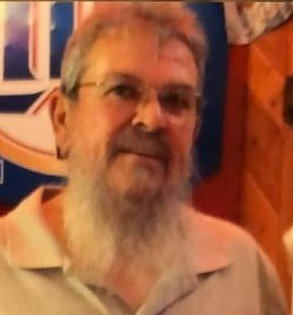 Roger was born on October 21, 1945 in Dawson, MN to Arthur Moe and Violet (Fischer) Moe. He was the third of three children.

He grew up on a small family farm and graduated from Villard Public School. Following high school, he joined the National Guard. During the time he spent in the Guard, he met the love of his life Katherine (Kathy) Hunter. They were married on August 3, 1966. Together they raised two human kids and numerous goat kids.

Throughout his years working for Ault Inc., Roger and Kathy had a small hobby farm. They were involved in the Minnesota Dairy Goat Association showing goats at fairs and participating in milk testing.

Roger was an avid Twins fan and had season tickets for 20 years.

After 40 years at Ault Inc., he retired to enjoy his time with Kathy. They split their time between winters in Florida and Arizona, and summers in Wisconsin with family.

He enjoyed spending his time painting kokopelli’s and scouring stores for Hot Wheels.

Roger was preceded in death by his Parents, Arthur and Violet; Sister, Patricia; and Son-In-Law, Doug.

He is survived by his Wife, Kathy; Daughters, Heidi (Todd) and Amy (Joe); Five Grandchildren; Thirteen Great-Grandchildren; Brother, Tom; many Nieces and Nephews.

The family is planning a private celebration of life. A larger celebration for all friends and family will be held next summer.