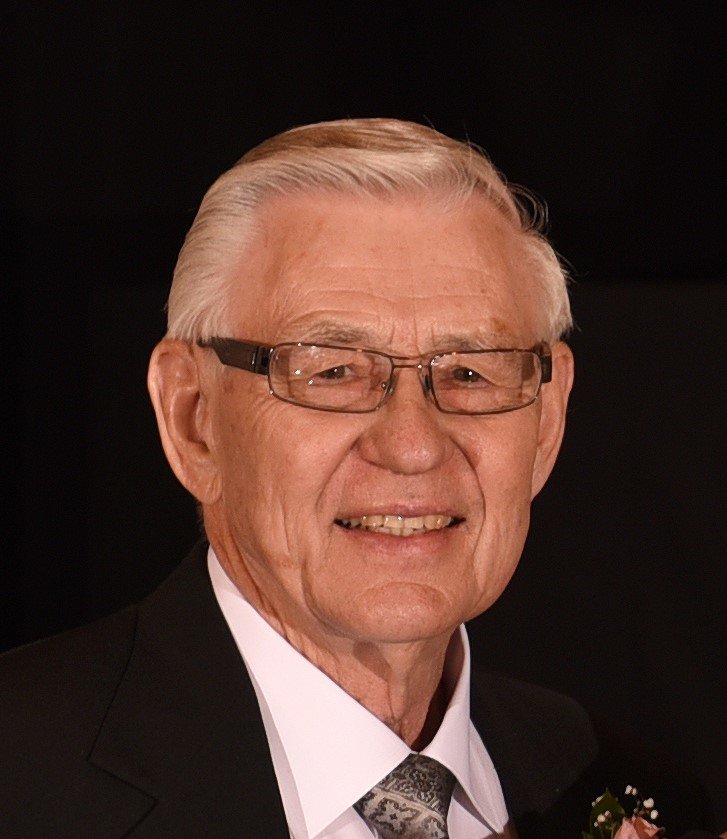 Wayne John Schwitters, age 77, died at his home in Willmar, Minnesota, on August 14, 2020, surrounded by his wife, his children, and grandchildren.   The cause of death was a severe stroke.

Wayne was born August 26, 1942, to Herman and Fannie (Peters) Schwitters of Clara City, Minnesota.  He was baptized and made profession of his faith at Bunde Christian Reformed Church.  He grew up on the farm with his four brothers and lifelong confidants and friends: Delwin, Lowell, Eugene, Robert.  He graduated from Clara City High School with the class of 1960.  On December 29, 1964, he was married to Janice Niemeyer (August Fredrick Niemeyer and Adeline (Ziehl) Niemeyer) at Immanuel Lutheran Church in Clara City.  They established their home south of Clara City.

Wayne farmed in the Clara City area until 1999 while being a serial entrepreneur, self-taught designer, mechanical engineer, fabricator, and innovator.  He grew a variety of crops, including sod, wheat, soybeans, corn, and sugar beets—always looking toward the future and striving to bring value to his operation as well as the industry.  Wayne was the "W" and founding member of the sugar beet machinery company W.I.C. Inc., which developed a series of innovations in sugar beet production.  After selling the farm, he earned a living through real estate investments.  Among his awards and recognitions, one he held dear was the 1988 Good Neighbor Award from the Southern Minnesota Beet Sugar Cooperative.

Wayne did a lot in his life, but his identity was rooted in his faith and rests in the hearts and lives of his beloved wife, six children, nineteen grandchildren, and many who had the chance to cross his path. He loved his family, his church, making memories and encouraging the people around him – especially his children and grandchildren.  He loved to laugh and sing.

He is preceded in death by Herman and Fannie Schwitters (father and mother) and his brother Eugene Schwitters.

A public funeral service planned for Saturday, August 22, 2:00 p.m. at Bunde Christian Reformed Church.  Interment will follow the service at the Bunde Cemetery.

Livestream will be available at www.bundecrc.org

Share Your Memory of
Wayne
Upload Your Memory View All Memories
Be the first to upload a memory!
Share A Memory
Plant a Tree