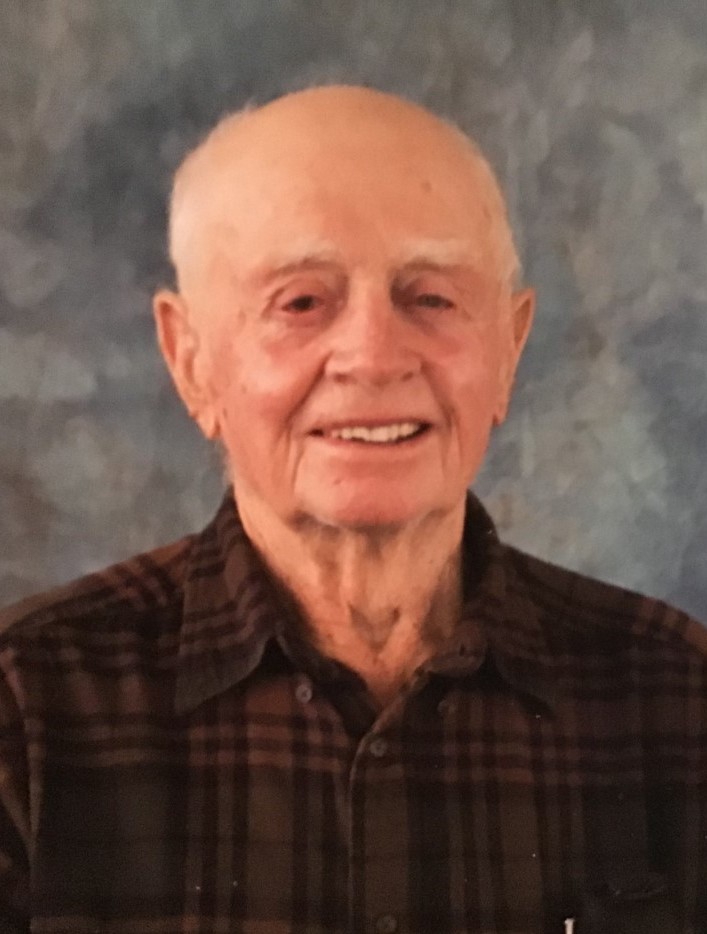 He was born 1924 at the home of his parents Cliff and Cora (Platten) Graba. At 13 years old his parents moved down the road about 2 miles. He attended country school in district 21-2, 1st through 8th grade. He then went to Sebeka High School, where he played football and ran track and was senior class president. After he graduated in 1943 he farmed with his dad at home until 1945 when he joined the Navy because he figured he was going to be drafted anyway. He served in the Pacific Theatre, he was a Seaman, a Fireman 2nd class and a machinist mate 3rd class. Jack earned 3 medals and ribbons for his service, he was discharged in 1946 and returned home.

Jack went to agriculture school at the U of M St. Paul campus, he left the course early but wished he would have finished because he would have liked to have been a County Extension Agent. He continued farming with his dad because he needed the help. He also worked at the feed store in Nimrod for his cousin George Graba. Jack and his dad subsidized farming by logging and cutting pulp.

Even though Jack knew Alice Backholm almost his whole life he became very smitten with her in 1948 when she was eighteen and a half years old. Alice went to Milwaukee in 1949 to take a nanny job. They missed each other very much and wrote every day. You wouldn’t think he was a mushy romantic softy but he was, he wrote the best love letters we ever read. At Jacks urging he wanted Alice to come home cause he loved and missed her very much. She quit her nanny job and came back to be with him, Jack proposed and they were married Aug of 1951.

They bought the farm back that Jack was born on from his cousin Earl Graba. They worked together building a successful farm, Alice even went to work on a potato farm to buy a new washer and dryer. Seven years later they welcomed the arrival of their first son Jim, later Lee and Keith. They were very proud of their sons and excited when they were all married. Jack and Alice were so proud and ecstatic about their eight grandchildren and loved visiting them. Jack was heartbroken when Alice died in 2004.

He loved and enjoyed sports in high school and when he was at the U of M, he was in a weightlifting club called the Aggie Lifters. He lifted 535 pounds total in a meet to win his weight class. His favorite was football and it didn’t matter if it was professional, college or high school, he supported them all. He liked attending them but as he got older he preferred his favorite chair in front of the TV. He also attended almost every sports activity his boys were in. He also enjoyed baseball, basketball and sometimes boxing (in his early years).

Jack and Alice were active members in the United Methodist Church in Sebeka their whole married life, also raised all three boys in the church. Jack continued to be a member the rest of his life. He served on a lot of committees such as a greeter, an usher, kitchen help and various other programs such as Habitat for Humanity and Adopt a Highway.

He was involved civically in his community and state. He was on the Board of Education serving as chairman, the PTA, Wadena County Board, State of Minnesota Board of Soil and Water Resources, Advisory Board of SWCD, Active in the NFO, Farmers Union, DFL party and the American Legion.

He loved to garden and was very proud of it. Every year it got bigger and then decided to have a second one. He grew everything from tomatoes to squash and gave a lot of it to his family and friends, squash being he largest crop, He would load it into his pickup and bring it into town to give away. He was not a vegetarian because he enjoyed a good steak, but he sure ate a lot from his garden and was very healthy for it. He loved to travel and meet new people, he could talk to anyone. He loved a good story especially if he was telling it.

Ultimately his favorite organization of all was the Nimrod Coffee Klatch, they would listen, argue, laugh, tell stories and solving the world’s problems. He went almost every day except Sundays until he went to the assisted living.

Join us at Sebeka park for cake and coffee and sharing stories and memories. We will have a celebration of life memorial at the farm next summer, date to be determined.

We the family thank everyone that loved and cared for our dad so much. Especially for those that took care of and kept an eye on things to give our dad a peace of mind.

Share Your Memory of
Jack
Upload Your Memory View All Memories
Be the first to upload a memory!
Share A Memory
Plant a Tree