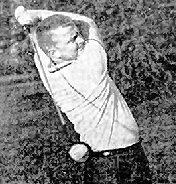 Nordin, Bruce E. May 25, 1931 - July 31, 2020 Preceded in death by parents Arthur and Sylvia; brothers Ray and Les; and wife Roberta (Bobbie). Survived by son Rob (Nancy Kosciolek) and daughter Nancy Nordin Smith, six grandchildren and five great grandchildren. Bruce was born in Minneapolis and was the youngest of three brothers who along with neighborhood friends nicknamed him “Shadow.” A proud “Nordeaster,” he learned the game of golf and caddied at Armour Golf Course (now Gross), graduated from Edison High School and later the University of Minnesota with majors in accounting and traffic management, lettering in golf all four years under Coach Les Bolstad. Bruce was inducted into the Edison High School Sports Hall of Fame in 2005. He served in Korea in both the Marines and the Army and received two Purple Hearts for wounds sustained during intense combat that resulted in extremely high attrition of his platoon. Bruce was natural developer of relationships and an expert at the gentle art of persuasion serving with the Roddis Corporation, Weyerhaeuser, Pitney Bowes, the Internal Revenue Service, the Department of Defense, and others. He made balancing his career aspirations and responsibilities with his commitments to family and community look effortless. Bruce was a wonderful husband, father and grandfather who wanted to be remembered as “a friendly guy who was blessed to have a great family.” The family will remain ever grateful for the extraordinary care Dad received over the last two years by the staff at the Minnesota Veterans Home. Visitation at 10:00 a.m. June 11th followed by Memorial celebration at 11:00 a.m. at the Cremation Society of Minnesota, 7101 France Ave., Edina. In lieu of flowers, memorials preferred to University of Minnesota Men’s Golf Enhancement Fund, Minnesota Veteran’s Home, Edison Community Sports Foundation, or donor’s choice. Condolences: cremationsocietyofminnesota.com