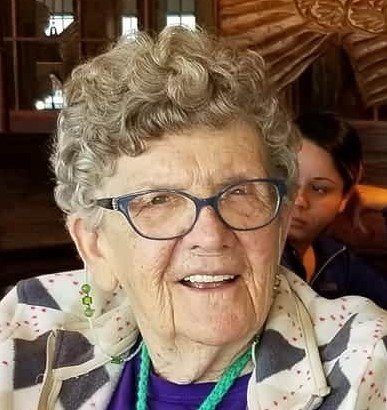 Shirley passed away peacefully on Friday, July 24, 2020 at St. Anne's Extended Health Care in Winona, MN. She was born January 20, 1931 to James A. and Josephine (Potter) Corey in Utica Township, MN. She was a kind person with a heart of gold. She was known as a “tough old bird” by son-in-laws. She was raised in Money Creek (Houston, MN) by her aunt Mildred (Corey) Fitting after the death of her mother when she was 5 yrs. old.

She was preceded in death by her husband Harold A. Skroch, Sr. on October 3, 2008, her son Jody, parents and brothers Richard, Donald & John Corey & their wives.

A small private family service will be held at Oakland Cemetery, Stockton, MN, on October 3, 2020. This is the 12th anniversary of her husband's death and they will be both be laid to rest side by side.