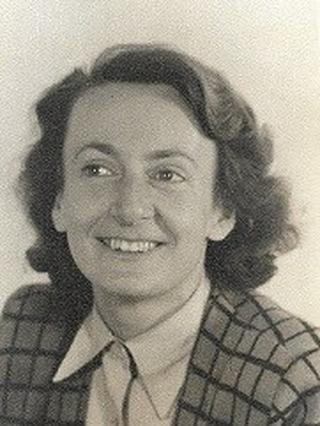 Liselotte “Lisa” Edith Erickson passed away peacefully in her sleep on July 28, 2020 at age 106 in Duluth.

Lisa was born April 19, 1914 in Berlin Germany where she lived until 1947 when she moved to Duluth to marry Clarence Hermond Erickson, the handsome American soldier she met during World War II. Lisa became a U.S. citizen in 1950 and earned her LPN certificate in 1952.

During her youth in Germany, Lisa was a nationally ranked doubles tennis player. She took pride in her accomplishments on the tennis courts and in her 28 year career, during which she worked as an LPN at St. Mary’s and St. Luke’s hospitals, and as a private duty nurse in Duluth.

Lisa enjoyed returning to Germany for visits and spending time at the beach in Hawaii and Passe Grille, Florida during the long Duluth winters.

She lived through the Spanish flu, two World Wars, and graduated from hospice twice. Even when she was diagnosed with COVID 19 during routine testing at the end of June, her family and friends thought she might survive two pandemics too. But this time was different. Lisa seemed to have decided it was time to let go.

Lisa was known for her strength, resilience, determination and her keen interest in and strong opinions concerning current events.

She was preceded in death by her husband, Clarence; her parents, Moritz and Ida Zinkeisen; and her sister Ruth Volkmann Zinkeisen.

Lisa is survived by her son and daughter in law, Michael and Margaret Erickson of Silver Spring, MD; grandson, Bryan Erickson of Cambridge, MA and granddaughter, Lindsay Erickson of Fort Mill, South Carolina.

The Erickson family appreciates the kind and loving care Lisa received from the Benedictine Health Center staff over the past four years and BHC’s extraordinary efforts to keep the residents safe and connected with their families and close friends during the current pandemic. While living at BHC, Lisa loved spending time in Sister Marielle’s Garden. Donations in Lisa’s memory may be made to Benedictine Living Community Foundation (designated for Sister Marielle’s Garden), 935 Kenwood Ave, Duluth, MN 55811.