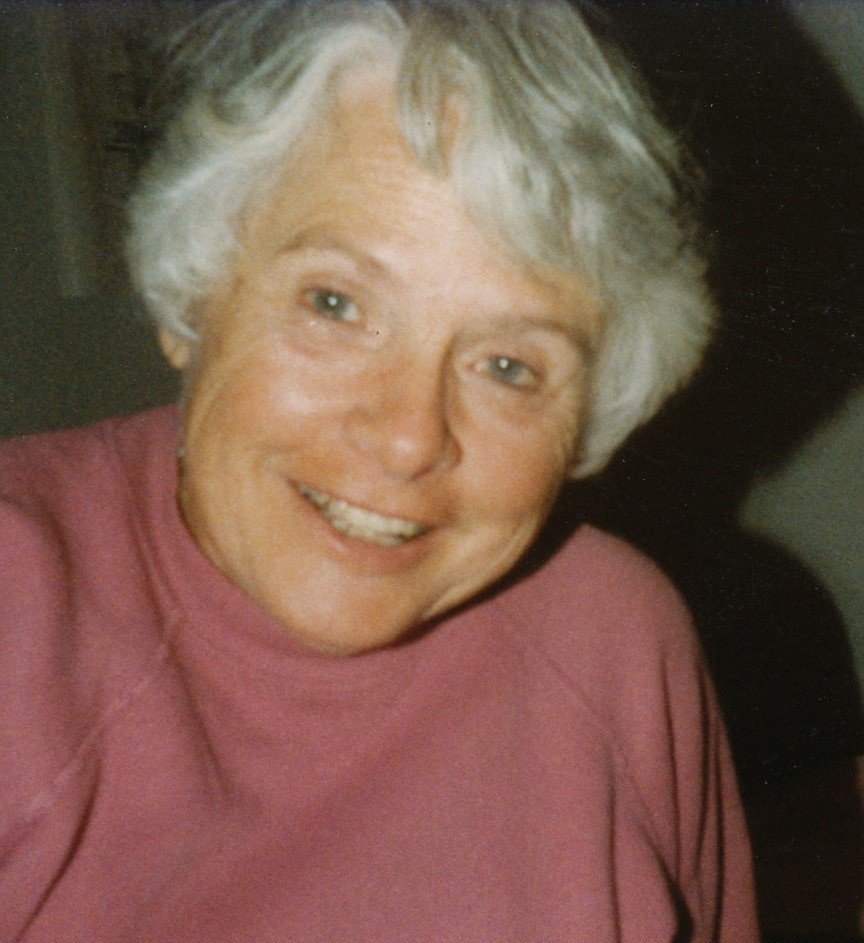 Marlys was born in Minneapolis, Minnesota, on October 7, 1925, the daughter of Theodore R. Peterson and Alice (Kelley) Peterson. She grew up a city girl during the Depression. She didn’t talk about hard times much. She just shrugged and said, “We were poor but we didn’t know it because everybody was poor. We had a good time.”

She loved roller skating with her friends and, because back in the 1930’s there weren’t very many cars on the roads, she and her friends would slide down the middle of Bloomington Avenue on pieces of cardboard. She said that “like everybody else” going through the Depression, when her shoes got holes, her family couldn’t afford to buy new ones, so she lined them with tires.

Her dad’s barber shop folded, because people didn’t have 25 cents for a haircut. So her dad hired out as a painter. But when he fell off a ladder painting a house and was disabled, they couldn’t make their house payments and their house was repossessed by the bank.  She and her parents and brother had to move into a garage behind a house on Chicago Avenue. They went on welfare so they could buy food to eat. She said, “We had a bed in every room.” The little garage they lived in didn’t have heat, so her dad cut peat from a peat bog, He piled peat next to the door and they burned that for heat.

All her life she sympathized with folks who had to ‘go on the dole.’ As she explained, “Sometimes people need help. I know what it’s like not to have a pot to piss in.”

To pay back for the help her family got on welfare and the doll she got from the Salvation Army for Christmas when her family was dirt poor, she volunteered at food shelves into her eighties.

Probably because she went through a time where she had few nice clothes, she was not a slave to fashion, and she didn’t worry at all about other people’s opinions. As she put it, “If people don’t like what I have on, they don’t have to look.”

And she gave stirring advice.  “Don’t wait to be told what to do; if you see something that needs doing, do it. Take the initiative!”

Marlys considered interesting conversation an art and she loved connecting with people, but she did not have an ‘open heart, open door’ policy. Marlys practiced what you might call ‘Christian charity lite.’  For example, when her Lutheran church got a new pastor who was a lesbian and one of her good friends openly objected to having a lesbian pastor, Marlys cut ties with her. She never called or spoke to her again. She didn’t tolerate intolerance.  As she put it, “Some people like everybody. I like to be more discriminating.”

In 1947, her father bought a parcel of land on a lake near Akeley, Minnesota, so he could hunt and fish there. It was her favorite place in the world. She spent as much of every summer there as she could. While raising her kids, she would go up there for the summer, and Vince would come up on weekends. She had to heat with wood, pump water, use an outhouse and cook on an ancient stove.

She was a woods woman. When porcupines were gnawing the supports under the cabin at night, she went out in her pajamas, laid on her stomach and with a flashlight in one hand and a .22 rifle in the other she shot the porcupine. The next morning she crawled under the cabin and somehow lifted the dead porcupine up into a wheelbarrow without getting stuck with quills. Then she took the porcupine across the road and dumped the carcass in the woods.

She raised her family in Fridley, New Brighton,  and Akeley, MN. Later she and Vince moved to San Jose, CA for his work. After Vince retired, she became a snowbird and lived winters in Mesa, AZ, and summers at the cabin near Akeley, MN. When Vince became ill with pulmonary fibrosis, they moved to Buffalo, MN. After Vince’s death, when her dementia advanced and she couldn’t take care of herself, she moved to  the Episcopal Homes in St. Paul, MN. She was a founding member of both St. Phillip’s Lutheran Church in Fridley, MN, and Spirit of Joy Lutheran Church in Buffalo, MN.

She spent every summer alone at the cabin well into her eighties. She delighted in planting and tending trees, and she grew a gorgeous pine forest over the years. She grew a basswood, crabapple, and maple in the middle of pine woodland and she had a tree nursery in her yard.

When she wasn’t tending trees, she was reading and went to the library every week wherever she lived. She had a bookmark collection, and she had more library cards in her wallet than credit cards.

She donated to multiple causes over the years. Memorials to her favorite charities, the Salvation Army or the World Wildlife Fund. In her memory, spend part of every day reading, and plant and water trees!