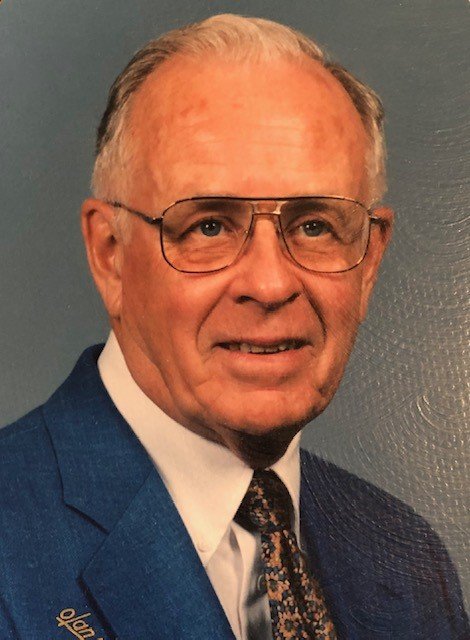 Roger was an Eagle Scout.  He graduated from Albert Lea High School in 1939 and Albert Lea Junior College in 1941.  He joined the Army Air Corps for the duration of World War II.  After that, he graduated from the University of MN School of Business.

He entered the family insurance business, known as Strong Insurance Agency founded by his grandfather, Julius Nelson and included his father, Russell and Uncle, Lyman Nelson.

He was a loving spouse, father, grandfather, and great-grandfather.  He enjoyed golfing, dancing, fishing, reading, down-hill skiing, traveling, his morning coffee group, and taking care of his rural acreage near Alden.

A memorial service will be held at a later date.