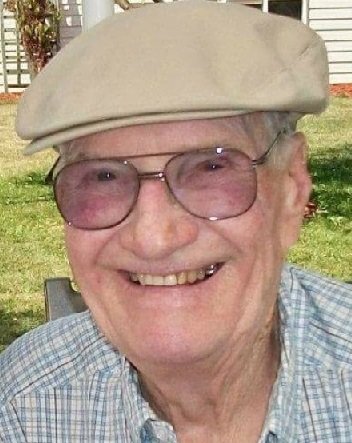 Herbert L. Royer, 89, passed away peacefully surrounded by his family on Sunday, June 14, 2020 at Diamond Willow in Proctor.  He was born in Duluth on January 15, 1931 to Dennis and Mary Royer.  He graduated from Proctor High School in 1948.  From 1948-1952 he was in the US Army serving in Germany during the Korean War.  He also spent 22 years in the MN Army National Guards.  He married Jean Marino in 1953 at St. Rose Church in Proctor.  He worked at MNDot as a Heavy Equipment Field Mechanic retiring in 1987 after 30 years of service.  He also was Past Commander of the American Legion Post 106 and a member of VFW Post 137, Duluth, MN.

He was a Winter Texan for 10 years.  His love of fishing Lake Superior brought him to name his boat the “Mama Mia” after an endearing name he called his wife.

A special ‘Thank You’  to Diamond Willow for their excellent care.  A Mass of Christian Burial will be held on Saturday, June 20, 2020 at St. Lawrence Catholic Church. Burial will take place at Oneota Cemetery with Military Honors by the Duluth Combined Honor Guard.