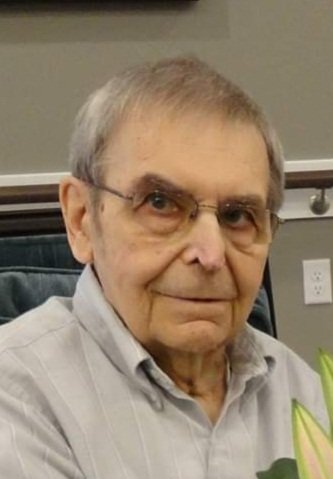 Jerome (Jerry) LeRoy Miller, age 83 of Golden Valley MN died Saturday June 13, 2020 at Methodist Hospital in St Louis Park MN, as a result of Covid-19.  He was the eldest child born to LeRoy and Helen (Pollock) Miller on April 16, 1937 in Litchfield MN.

He went to school in Darwin MN and helped his father on the family farm. After high school, he worked at a taconite plant in Hoyt Lakes, MN.  He met Patricia Round and they married on April 4, 1959 at the Queen of Peace Catholic Church in Hoyt Lakes.

Jerry and Pat raised their family in Golden Valley MN and moved to Buffalo MN shortly after retirement. Recently, they moved to Global Pointe Senior Living in Golden Valley. Jerry worked as a union floor coverer for 34 years - retiring in 1999, and was an honorary member of the United Brotherhood of Carpenters for 54 years, 10 months. He volunteered as a fire fighter for the Golden Valley Fire Department for 20 years and remains a hero to his children.  Jerry was a member of the Knights of Columbus and volunteered at his parish for many years. He and Pat belonged to St. Francis Xavier Catholic Church in Buffalo MN.

During his free time, he enjoyed duck and pheasant hunting with his sons and brother David, golfing with friends, watching baseball, camping, and fishing.  Jerry and Pat enjoyed traveling to various countries, eventually spending winters in Florida. While in Florida Jerry loved biking down to the jetty to watch the cruise ships and fish off the pier.

He is preceded in death by his parents LeRoy and Helen Miller, parents-in-law Harold and Margaret Round, sister Mary and brother William Miller.

A memorial service and celebration of life will be held at a later date and interment will be at St. John’s Cemetery in Darwin MN.