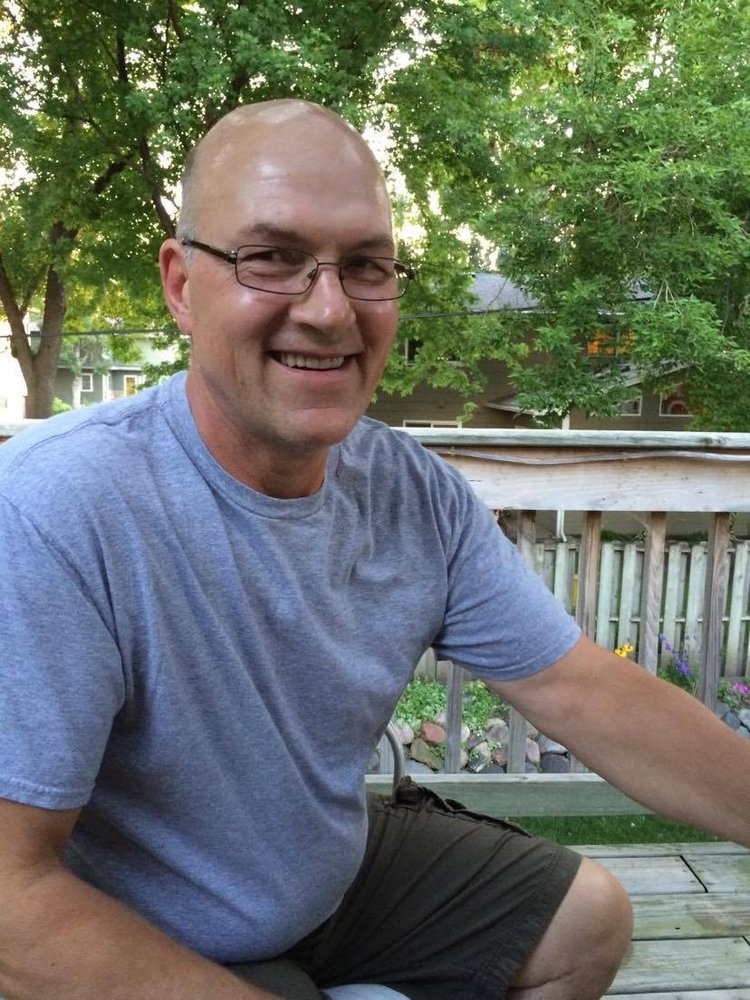 Greg left this earth on Thursday, May 21, 2020, after a fierce battle for over 7 years with prostate cancer.

Greg can be remembered for his firm handshake, unwavering patience, and willingness to listen no matter what the topic may have been. His love for his family was evident and woven into each conversation whether it was bragging about his wife or his girls, or sharing a memory of a special time spent with them.

His ever reaching goal was to catch the “big” lunker and avoid being skunked. His weekends were filled with eating Twizzlers, watching the Vikings and NASCAR, and tinkering in his treasured garage with classic rock music playing in the background. He enjoyed taking a cruise for ice cream in his beloved truck. Greg took pride in anything and everything he did; there were no half measures. He was always willing to lend a hand to a neighbor, friend, or complete stranger.

Born on November 12, 1956, in Robbinsdale, Minnesota, where he attended elementary through high school. He mastered his craft in carpentry and machinery. Greg was proud of his 25 plus years with Viterra.  Each day he had his red Oscar lunch pail filled with leftovers, Mountain Dew and pudding. He thoroughly enjoyed nightly dinners at the supper table where any conversation was welcomed. His devotion to his wife and daughters was a true testament to what an incredible husband and father he was. He attended every sporting event and school function his daughters participated in. His encouragement to those around him was evident in everything he did.

He will be reunited in heaven with his father, Charles “Chuck” Klein; his brother, Bradley Klein; his stepfather, James “Jim” Cummings, and his grandson Everett Winson.

A celebration of Greg’s life will be held at a later safer time when we all can gather again.

Donations can be sent to:

Fairview Home Care and Hospice at: